In 1939 he began training at the Polish boxing club Gedania. During the war he lost his Gdansk citizenship and was compulsorily conscripted into the Wehrmacht in 1944. In France he deserted and joined the 2nd Polish Army, led by general Władysław Anders, in Italy. He returned to Poland in 1946.

In 1947, he made his debut with the national boxing team of Poland, led by famous coach Feliks Stamm. He started at the 1948 London Olympic Games and reached the quarterfinal. In 1951 he won the European Amateur Boxing Championships in Milan. He was chosen the best Polish Sportspersonality of the Year in a Plebiscite of the Sport Review.

Chychła won the gold medal at the 1952 Summer Olympics in Helsinki beating in the final a representative of the Soviet Union, Sergei Scherbakov. On the way to the final, he won against Julius Torma (Czechoslovakia), the Olympic Champion from London in 1948 and the European Champion from Oslo in 1949. In the same year he was again selected by the Plebiscite of the Sport Review.

After the Olympic Games, he found out that he was ill with tuberculosis. He decided to resign from sports. However, not wanting to lack a competitor at the 1953 European Amateur Boxing Championships in Warsaw, the Polish sports authorities introduced him by mistake, claiming that the disease had backed off. He again won the gold medal there. However, due to lack of treatment, Chychła's tuberculosis worsened, causing a considerable pit in his lungs. Debilitated, he ended his sporting career in 1953. In the early 1970s, he emigrated to Germany.

He was awarded the Honourable Citizen of City of Gdańsk title in 2003.

Zygmunt Chychła died on 26 September 2009 in Senior's House in Hamburg. 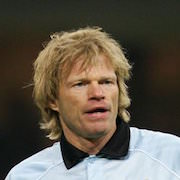