Zulfiya was born in Tashkent, Uzbekistan on 19 December 1973. She is an ethnic Uzbek. In 1993 two years after the breakup of the Soviet Union she emigrated to Russia and lived in Rostov-on-Don. As the main reason for her emigration she cited that the Islamist leadership of the newly independent Uzbekistan is hostile to the women sports and the rights of women in general. In 1996 she became famous after winning the Olympic gold medal in Atlanta.

In 2005 she obtained the citizenship of Kazakhstan and announced her intention to compete as a member of the Kazakhstan team. As the reason for her decision she cited the better conditions for training and her desire to be closer to her native Uzbekistan (Kazakhstan has a reputation to be the much more secular and democratic than Uzbekistan) as well as her family circumstances. According to the Russian Newspaper Komsomolskaya Pravda, Zabirova's main place of residence and training is Lugano, Switzerland (as of 2005).

Note: Beginning in 1997, the Union Cycliste Internationale implemented a points listing whereby points were awarded riders based on their performances in racing events. For this purpose, the races were classified into categories. Although the exact system has evolved over the years, the major stage races are generally classified as category 1 (strongest), and category 2. In the listings below, these categories, where known, are given in parentheses. The abbreviation GC stands for General classification. 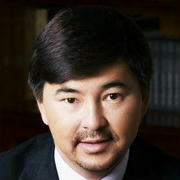 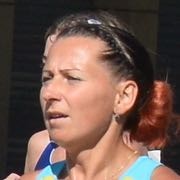