Zubaira Alikhanovich Tukhugov (Russian: Зубайра Алиханович Тухугов; born January 15, 1991 in Grozny, Chechen Republic) is a Russian professional mixed martial artist currently fighting in the Featherweight division of the Ultimate Fighting Championship. A professional MMA competitor since 2010, Tukhugov made a name for himself fighting all over his home country of Russia, fighting in promotions like Cage Warriors, ProFC, Fight Nights (EFN) and others, before joining the UFC in 2014.

Tukhugov was born in Chechnya in a devout Sunni Muslim family, he was often involved in street fighting from a young age until combat sport.

Tukhugov made his professional debut in 2010 beating his three opponents by winning Pankration Atrium Cup 2 eight man, one night tournament. After a 10-3 mixed martial arts records, he would be signed by the Russian promotion, Fight Nights, where he won all of his 3 fights, defeating Romano De Los Reyes, Harun Kina and Vaso Bakocevic. During his time on Fight Nights, Tukhugov did a fight for Cage Warriors, defeating Denys Pidnebesnyi at CWFC 58.

In December 2013, it was announced that Tukhugov had signed a contract with UFC and was scheduled to make his promotional debut against Thiago Tavares on February, 15 at UFC Fight Night: Machida vs. Mousasi. However, Tavares was forced to pull out due to an undisclosed injury, and was replaced by UFC newcomer Douglas Silva de Andrade. Tukhugov dominated the fight and got a unanimous decision win.

Tukhugov later faced Ernest Chavez on October 4, at UFC Fight Night: Nelson vs. Story. He won the fight via technical knockout due to punches in the first round.

Tukhugov was expected to face Thiago Tavares on June 6, 2015 at UFC Fight Night 68 However, the pairing was scrapped after Tukhugov suffered a rib injury.

Tukhugov next faced Renato Moicano on May 14, 2016 at UFC 198. In a controversial series of events, despite Tukhogov suffering a kick to the groin in the first round and again in the second round, referee Eduardo Herdy signaled the competitors to continue. Tukhogov lost the fight via split decision.

Tukhugov was expected to face Tiago Trator on December 9, 2016 at UFC Fight Night 102. However on November 14, Tukhugov was pulled from the card after being notified by USADA of a potential anti-doping violation stemming from an out-of-competition sample collected earlier. He was replaced by debutant Shane Burgos who won by unanimous decision.

Vice-Rector for International Innovative Projects, Russian State University for the Humanities, RF; Director of the Centre for Cognitive Programs and Technologies. 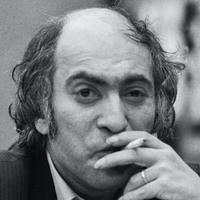 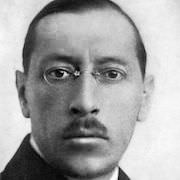