Zorion Eguileor (15 March 1946) is a Spanish actor, singer-songwriter and broadcaster. He is known for his role in The Platform.

Eguileor's career in cinema and television in Spain began in the 1990s, in which he recorded appearances in productions such as Salto al vacío and Qué grande es el teatro. In the 2000s he appeared in films such as La voz de su amo, Visionarios and La felicidad perfecta, and in the RTVE series Cuéntame cómo pasó. Next, he appeared in Mi querido Klikowsky, La que se avecina, El tiempo entre costuras (literally "The Time Between Seams", English title: The Time in Between) and Estoy vivo.

The contents of this page are sourced from Wikipedia article on 24 Jun 2020. The contents are available under the CC BY-SA 4.0 license.
View Zorion Egileor 's image gallery
Image Gallery 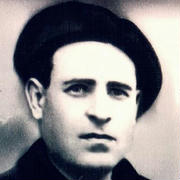