Zoran Primorac /ˈzoʊrən ˈpriːməˌræts/ (born 10 May 1969) is a retired male table tennis player from Croatia. He is a two time winner of the World Cup and one of only three table tennis players to have competed at seven Olympic Games. His highest ITTF world ranking was number 2, in 1998.

Primorac was born in Zadar and started playing table tennis at the club STK "Bagat" in his home town. As a junior, he won seven medals at European championships. In 1985 he moved to the Zagreb club "Vjesnik", Caja Granada and UMMC Verkhnaya Pyshma. At the 1987 World Championship in New Delhi he won the silver medal together with Ilija Lupulesku, and repeated the success by winning the silver at the 1988 Summer Olympics in Seoul. Together with Lupulesku he also won the 1990 European Championship in Gothenburg.

Primorac, Belgian Jean-Michel Saive, and Swede Jörgen Persson are the first table tennis players to have competed at seven Olympics, having competed in all Games since the sport was introduced in 1988.

In 1993 he won a bronze medal in Men's singles at World Table Tennis Championships. He won silver medal in 1995 and bronze in 1999 at World Championships in Men's doubles event.

He currently uses specially-designed equipment made by Butterfly Table Tennis. He uses the Timo Boll spirit blade, while using Tenergy 05 rubber on both sides of his racket.

In the TV comedy The Office, the character Dwight Schrute names Zoran Primorac as one of his heroes, but pronounces his name incorrectly.

In 2018, Primorac was elected Chair of the ITTF Athletes Commission.

The contents of this page are sourced from Wikipedia article on 07 Mar 2020. The contents are available under the CC BY-SA 4.0 license.
comments so far.
Comments
From our partners
Sponsored
Reference sources
References
http://sports123.com/tte/mw-d.html
http://sports123.com/tte/results/mo-d-1988.html
https://www.ittf.com/committees/athletes-commission/ac-composition/
//www.google.com/search?&q=%22Zoran+Primorac%22+site:news.google.com/newspapers&source=newspapers
//scholar.google.com/scholar?q=%22Zoran+Primorac%22
https://www.jstor.org/action/doBasicSearch?Query=%22Zoran+Primorac%22&acc=on&wc=on
https://www.sports-reference.com/olympics/athletes/pr/zoran-primorac-1.html
http://www.hoo.hr/1254-p-zoran-primorac.aspx
Trending today in 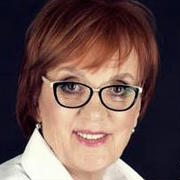