Nižić started his career at his hometown club HNK Zmaj Makarska, establishing himself early as a first team member at the Treća HNL Jug club. He secured himself a transfer abroad in 2009, aged just 19, to the Belgian Second Division side FC Brussels, where he would spend the next 3 seasons as a starter. After his contract ran out, Nižić returned to Croatia and trained for a few months with HNK Hajduk Split, before signing with them in late 2012. He made his league debut for Hajduk on 16 February 2013, entering the game for the injured Matej Jonjić in a 2-0 away win against NK Slaven Belupo.

In August 2018, Nižić refused to play for Hajduk in both League and European matches, allegedly due to a fever; it was later revealed that Nižić refused to play for the squad due to frustrations towards the club management and its transfer policy towards him and the players. It was also revealed that he had a confrontation with a director of Hajduk, Saša Bjelanović, in the locker room, who eventually took away his role as a captain. He was later transfer-listed by request.

On 27 August 2018, he signed a 3-year contract with the Russian Premier League club FC Akhmat Grozny.

Louis I of Hungary

King of Hungary and Croatia 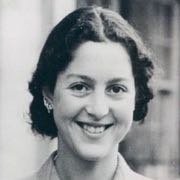