She is the younger sister of writer and actress Madelyn Deutch, and the daughter of director Howard Deutch and actress-director Lea Thompson. Deutch has also worked as a producer in addition to acting, producing and starring in The Year of Spectacular Men (2017) and Buffaloed (2019); the former involved both of her parents and her sister, with Thompson directing, Madelyn Deutch writing and starring, and Howard Deutch producing.

Zoey Francis Thompson Deutch was born on November 10, 1994 in Los Angeles, California, to actress Lea Thompson and director Howard Deutch. She has one sister, Madelyn Deutch, who is also an actress. Other close relatives of hers include musician Barbara Barry Thompson, music executive Murray Deutch, and actor Robert Walden. Her mother, from Minnesota, is of partial Irish ancestry while her father, from New York, is of Jewish ancestry. She is Jewish and had a Bat Mitzvah.

She started taking acting classes at the age of five. Deutch studied at Oakwood School, Los Angeles County High School for the Arts and at the Young Actors Space. She majored in theater at L.A. County High School for the Arts. She studies with a political science tutor (with a current focus on constitutional law) and takes art classes at the Los Angeles County Museum of Art.

Deutch began her career in 2010, at the age of 15, with a role on the Disney Channel original series The Suite Life on Deck as Maya, Zack Martin's love interest.

From 2011 to 2012, she played recurring role of Juliet Martin in The CW thriller series Ringer. She debuted on the big screen in Mayor Cupcake (2011) alongside her mother and sister. Deutch booked a small scene in The Amazing Spider-Man but director Marc Webb cut the scene, although it is included on the DVD.

Her big screen breakthrough came in the supporting role of Emily Asher, alongside Emma Thompson, Thomas Mann and Alden Ehrenreich in the 2013 fantasy-romance-drama Beautiful Creatures based on American young adult novel of the same name written by authors Kami Garcia and Margaret Stohl and the first book in the Caster Chronicles series. Deutch also appeared on NCIS, Criminal Minds: Suspect Behavior, ABC Family's Switched at Birth and in Marc Cherry's television pilot Hallelujah.

Deutch starred as Rosemarie Hathaway in Vampire Academy (2014), based on the first book of best-selling young adult six book series written by Richelle Mead. The film marked her first appearance as a lead. Jordan Hoffman of the New York Daily News termed her performance in the film as breakout lead performance.

In January 2014, it was announced that she would star as lead opposite Tyson Ritter in Randall Miller's Midnight Rider, a biopic of Gregg Allman. Deutch then joined the teen coming-of-age comedy Good Kids, which was released on October 21, 2016, by Vertical Entertainment. She also landed the lead role in Julie Plec's and Sue Kramer's rom-com Cover Girl and starred in the official music video of the song "Opium" by The New Division with Avan Jogia.

In 2016 Deutch played Beverly in Richard Linklater's Everybody Wants Some!!, which premiered at SXSW Film Festival. Deutch was essentially the only female lead in the film, paired with freshman ballplayer Jake Bradford played by Blake Jenner. She starred alongside Robert De Niro and Zac Efron in Dirty Grandpa, as love interest to Efron's character and in Why Him? alongside James Franco, Bryan Cranston and Megan Mullally. She played a Stanford student, daughter to Bryan Cranston and Megan Mullally's characters, who falls in love with a billionaire, Laird, played by James Franco. Deutch's next role was in the crime drama Vincent-N-Roxxy, alongside Emory Cohen, Emile Hirsch and Zoë Kravitz which premiered at the 2016 Tribeca Film Festival.

Deutch starred as Samantha "Sam" Kingston in Before I Fall, an adaptation of Lauren Oliver's best-selling young adult novel of the same name, also starring Jennifer Beals and Kian Lawley. Andrea Mandell of USA Today described Before I Fall as a milestone in Deutch's rising career. The scripts of Good Kids, Dirty Grandpa and Before I Fall were on the 2011 Black List. A second film featuring Deutch premiered at Sundance Film Festival in 2017, Danny Strong's Rebel in the Rye. The biopic of author J.D. Salinger saw Deutch as Oona O'Neill opposite Nicholas Hoult, Kevin Spacey, and Laura Dern.

Deutch starred in Flower directed by Max Winkler, with a script written by Alex McAulay. Flower was added to the 2012 Black List and premiered at the 2017 Tribeca Film Festival. Aubrey Page of Collider described her performance as an "electric lead performance" and David Ehrlich of IndieWire thought the film "confirms that Zoey Deutch is a genuine star in the making". Frank Scheck of The Hollywood Reporter concluded "Flower is redeemed only by Zoey Deutch's magnetic performance, which would be star-making if in the service of a better vehicle".

Deutch appeared in her mother Lea Thompson's directorial debut The Year Of Spectacular Men as Sabrina, with Avan Jogia, her sister Madelyn, Cameron Monaghan and Nicholas Braun. She also shares the production credit for the film. The film had its world premiere in June 2017 in Los Angeles Film Festival 2017 and was screened at various film festivals before theatrical release. Scott Menzel of We Live Entertainment described her role as Sabrina in this film as "without question her finest performance to date".

Along with these, in the same year, she was seen opposite Ed Sheeran in the official music video of his song "Perfect" from the album ÷. The video which was released on November 9, 2017 has garnered over 1.96 billion views and 10 million likes, as of April 2019. Also in 2017, she appeared in James Franco's The Disaster Artist, based on the book by Greg Sestero and Tom Bissell, which tells the behind-the-scenes story behind cult film The Room.

Deutch starred opposite her Everybody Wants Some costar Glen Powell, in Netflix's 2018 romantic comedy Set It Up. The story follows two overworked assistants who try to get their horrible bosses out of their hair by setting them up together. She also landed a role in the drama-comedy The Professor alongside Johnny Depp and appeared in the drama film Buffaloed directed by Tanya Wexler in 2018.

In July 2018, it was announced that Deutch would be starring in the Ryan Murphy's new web television comedy series on Netflix, The Politician alongside Ben Platt and Gwyneth Paltrow, which was released on Netflix on September 27, 2019. In May 2019, the makers of Netflix rom-com Set It Up announced that Deutch will be reuniting with Glen Powell for another rom-com tentatively titled Most Dangerous Game. Deutch starred as Madison in Zombieland: Double Tap alonsgide Emma Stone and Jesse Eisenberg, the sequel to zombie comedy Zombieland, released October 11, 2019.

Deutch along with Gugu Mbatha-Raw, Rodrigo Santoro and Vince Vaughn performed a live reading of selected scenes from five winning scripts of 2017 at the 2017 Academy Nicholl Fellowships in Screenwriting Awards Presentation & Live Read. She also joined as a presenter at 2018 Film Independent Spirit Awards. She again took the stage as a host for welcoming the founder of non-profit, non-governmental organization Vital Voices, Hillary Clinton at Global Leadership Awards 2018. She joined as one of the speakers in first ever "Embrace Ambition Summit" held at Lincoln Center in New York. She is one of the invitees to the Academy 2018 membership.

Deutch supports Planned Parenthood and was part of its rally with pro-choice advocates and leaders celebrating the 45th anniversary of Roe v. Wade at Sacramento, California. She has performed for the benefit of Alzheimer's Association and "What a pair!" Org with her mother Lea Thompson and sister Madelyn Deutch. With her family, she has worked for more than a decade with Corazón de Vida, which supports orphanages in Baja, Mexico. She participated in the 2017 Women's March and 2018. She is also a part of the Embrace Ambition campaign of the Tory Burch Foundation. She was one of the celebrity ambassadors for 7th annual "Shop for Success" charity designer shopping event that supports the efforts of Dress For Success. She has also shown her support towards anti-sexual harassment movement Time's Up. She has been a part of several fundraising campaigns for charity and in support of various causes.

She was on the cover of the April 2017 issue of C California Style Magazine and also among Marie Claire's Fresh Faces 2017 and one of the cover stars of its May 2017 edition. She was on the cover of annual Women Of Hollywood portfolio of The Edit magazine in May, 2017., Spring/Summer 2017 issue 07 of Tidal Magazine and on the February 2018 edition of New York Post Alexa. She was the May 2018 cover star of Ocean Drive Magazine, Capitol File Magazine, and Los Angeles Confidential magazine.

Harper's Bazaar described her as "quickly becoming Young Hollywood's most valuable player". In 2017, British GQ described her as "Hollywood's hottest newcomer" and Grazia Italy described her as the symbol of the "new generation of actresses-activists". In a 2018 Indie Wire critics survey, she was listed among "The Best American Actors Under 30". She was included in 'Forbes 30 under 30' class of 2020 in the field of hollywood and entertainment.

The contents of this page are sourced from Wikipedia article. The contents are available under the CC BY-SA 4.0 license.
View Zoey Deutch 's image gallery
Image Gallery 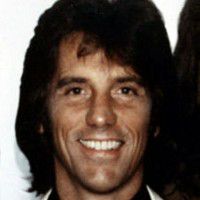 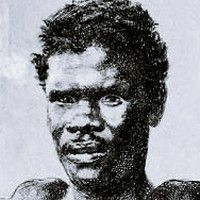 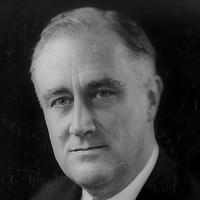 32nd President of the United States