Zlatko Dračić (born 17 November 1940) is a former Croatian football player. He is best known for playing as a prolific forward at NK Zagreb between 1957 and 1968, with whom he became top scorer in the 1964–65 Yugoslav First League, with 23 goals in 26 league appearances.

After leaving NK Zagreb in the late 1960s, he had short stints playing for Independiente in Argentina, Zwolle in the Netherlands, and SV Sottegem in Belgium.

He was also capped once for Yugoslavia, in a September 1965 friendly against the Soviet Union played in Moscow, coming on as a substitute for Milan Galić.

The contents of this page are sourced from Wikipedia article on 25 Apr 2020. The contents are available under the CC BY-SA 4.0 license.
comments so far.
Comments
From our partners
Sponsored
Reference sources
References
http://nogomet.lzmk.hr/clanak.aspx?id=395
http://timetravel.mementoweb.org/memento/2017/http://www.reprezentacija.rs/statistika/reprezentativci/996 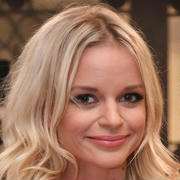