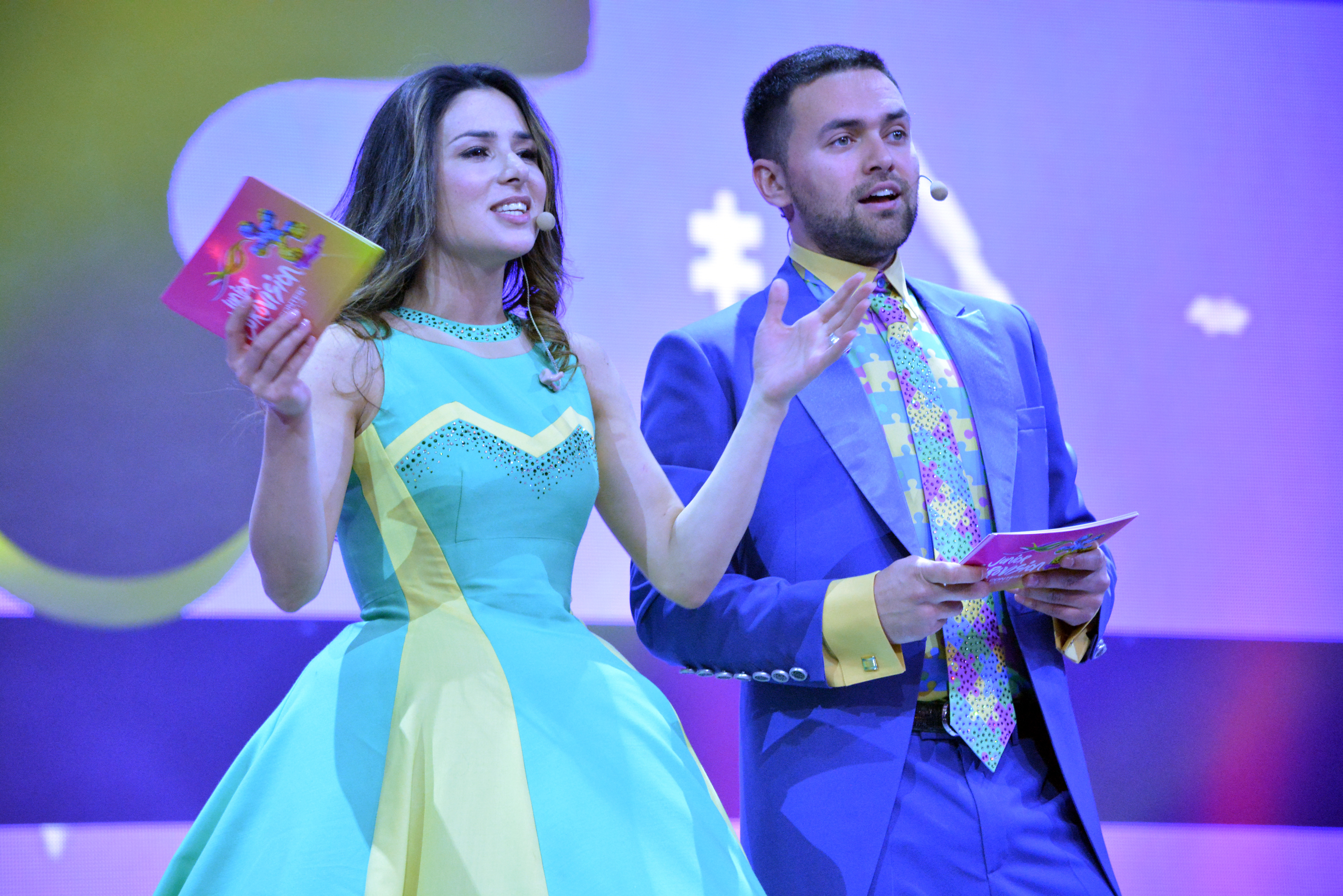 Zlata Leonidivna Ognevich (Ukrainian: Злата Леонідівна Огнєвіч, born Inna Leonidivna Bordyuh (Ukrainian: Інна Леонідівна Бордюг); 12 January 1986), is a Ukrainian singer and a former deputy of Verkhovna Rada (Parliament of Ukraine). She represented Ukraine in the Eurovision Song Contest 2013 in Malmö with the song "Gravity". Ognevich previously attempted to represent Ukraine at the Contest in 2010 and 2011.

Ognevich was born in 1986 in Murmansk to Ukrainian parents. She grew up in the Crimean city of Sudak, in the south of Ukraine. At age 18, Ognevich moved to Kiev, where she currently resides, to pursue a higher music education. Ognevich is a graduate of Kiev's Rheingold M. Glière Music College. During her third year at Rheingold she began working with live bands and did her own promotional work.

Ognevich in interviews has claimed she has lived in "many cities and countries".

Ognevich is a soloist of the Ensemble of Song and Dance of the Ukrainian Armed Forces.

Ognevich made her first attempt to enter the Eurovision Song Contest with Ukraine. Her song was "Tiny Island" which finished fifth with 30 points.

In 2011, she made her second unsuccessful attempt to represent Ukraine in the contest. This time the song was in the Ukrainian language. Her song was "The Kukushka" which finished second.

Following complaints from viewers about the voting procedure in that years final, a new final was to be held on 3 March 2011, But after Jamala and Ognevich withdrew from this new final in the days before it was scheduled to be held, Mika Newton became the artist to represent Ukraine.

At the competition, Ukraine qualified from the first semi-final on 14 May 2013, placing 3rd in a field of 16 songs and scoring 140 points. In the final, Ognevich and "Gravity" placed 3rd, scoring 214 points and receiving 12 points from Armenia, Azerbaijan, Belarus, Croatia and Moldova.

On 10 November 2015 Ognevich submitted a letter of resignation to parliament. In her resignation speech to parliament of the same day she stated: "Now I see that when there is no culture it’s easier to rule and manipulate people. That’s why in these circumstances, as cultural activist, I’m not helpful to this parliament…". In the speech she also accused her former colleagues of serving lobbyist interests, and not the general public.

Five months after the March 2014 annexation of Crimea by Russia, Ognevich called the annexation "a very painful tragedy" and stated that her parents, who continue to live in Crimea, would not obtain Russian citizenship.