Zinzan Valentine Brooke MNZM (born Murray Zinzan Brooke on 14 February 1965; his name was changed by deed poll) is a former New Zealand rugby union footballer who played at number eight. He has two other brothers who also played rugby at representative level: Marty, who played for Auckland and Southland; and Robin, who played lock for Auckland and New Zealand. He is regarded as one of the best rugby players of all time.

Brooke played 58 tests for New Zealand, and 42 non-international matches for the All Blacks, captained Auckland Blues to Super 12 championships in 1996 and 1997 and was an influential figure in Auckland's dominance in the National Provincial Championship during the late 1980s and 1990s. He scored 17 tries in Test matches, then a world record for a forward. He also played for New Zealand Māori.

Brooke was a founding player of the Southerners Sports Club (Bangkok), playing in the inaugural side in 1994 against Taradale RFC. In 1995 he published his autobiography Zinny: The Zinzan Brooke story, written with Alex Veysey.

Brooke is considered one of the best number eights to have ever played for the All Blacks. He had the running and kicking skills of a backline player which made him extremely mobile and agile as a forward. He once kicked a 48-metre drop goal during a 1995 Rugby World Cup match, one of three he scored in Test matches.

Brooke scored his third drop goal during the All Blacks' impressive 42–7 win against Wales at Wembley Stadium on 29 November 1997, giving him the rare distinction of being the only rugby player to have "scored a goal at Wembley". He also set up a try for Christian Cullen.

In 2007, former England centre and captain Will Carling published his list of the '50 Greatest Rugby players' in The Daily Telegraph, and ranked Brooke the ninth greatest player of all time, stating:

"For a forward his skills were outrageous. As comfortable playing sevens as 15s, he had better kicking and handling skills than some fly-halves playing international rugby. You align that with his strength and ability as a forward to read the game – he was unique".

In 1997 he retired from international rugby union and moved to England to play for Harlequins, and later coach it. During the 2002/03 season he played for Coventry in National Division One. He now plays amateur rugby union for Windsor Rugby Club in Berkshire, England.

In 2011, while back in New Zealand for the 2011 Rugby World Cup, Brooke was inducted into the TVNZ This Is Your Life wall of fame. His family joined him from England at the Auckland Viaduct for the live show. Special guests included his four brothers, Buck Shelford and Michael Jones.

Brooke ran Frances Lodge, a boutique bed and breakfast in Windsor, Berkshire, with his wife. However, it closed when both Brooke and his wife were declared bankrupt in the UK in August 2012.

Brooke suffered head trauma in May 2007 while falling out of a taxi in the Spanish town of Elche, though the circumstances are unclear.

Zinzan Brooke's unusual first name has a long history in the Brooke family, though its origins are uncertain. It has been suggested that it may be an angicised Italian or Albanian name. The name links Brooke's family with another notable New Zealand sporting family, that of cricketer Zin Harris and his sons Chris Z. Harris and Ben Z. Harris, all of whom are distant relatives of the Brookes. 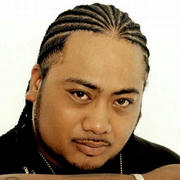