Zigor Goikuria Garmendia (born 16 June 1979), known simply as Zigor, is a Spanish footballer who plays for CD Padura as a goalkeeper.

Zigor was born in Arrigorriaga, Biscay. His career was spent almost exclusively in Segunda División B, where he represented SD Lemona, Écija Balompié, SD Eibar and SD Amorebieta.

In 2008–09, whilst with the third club, Zigor was first-choice (34 out of 42 league games) in Segunda División, but the Basques suffered relegation after ranking in 21st position. On 8 November 2008, he collided with Real Sociedad player Iñigo Díaz de Cerio during a league match, with the striker going on to miss the rest of the season after fracturing the tibia and fibula in his right leg.

The contents of this page are sourced from Wikipedia article on 15 Jun 2020. The contents are available under the CC BY-SA 4.0 license.
comments so far.
Comments
From our partners
Sponsored
Reference sources
References
http://gara.naiz.eus/paperezkoa/20090603/140253/es/Una-regeneracion-completa-o-casi-para-una-nueva-etapa
http://archivo.marca.com/edicion/marca/futbol/2a_division/real_sociedad/es/desarrollo/1182481.html
https://www.bdfutbol.com/en/j/j9309.html
https://www.lapreferente.com/J11089/.html#marcoCentral
https://int.soccerway.com/players/zigor-goikuria-garmendia/58960/ 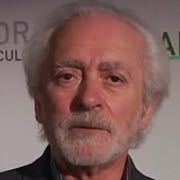