He grew up in Roissy-en-Brie and in Pontault-Combault. He gained fame through his online postings in particular his May 2011 posting of "Chicha toute la nuit". 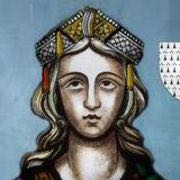