Zhu De Marshal of the People's Republic of China

Zhu De (/ˈdʒuː ˈdeɪ/; also Chu Teh; 1 December 1886 – 6 July 1976) was a Chinese general, warlord, politician, revolutionary and one of the pioneers of the Communist Party of China. Born poor in 1886 in Sichuan, he was adopted by a wealthy uncle at age nine; this prosperity provided him a superior early education that led to his admission into a military academy. After his time at the academy, he joined a rebel army and soon became a warlord. It was after this period that he adopted communism. He ascended through the ranks of the Chinese Red Army as it closed in on securing the nation. By the time China was under Mao's control, Zhu was a high-ranking official within the Communist Party of China. He served as Commander-in-Chief of the Eighth Route Army during the Second Sino-Japanese War. In 1955 he became one of the Ten Marshals of the People's Liberation Army, of which he is regarded as the principal founder. Zhu remained a prominent political figure until his death in 1976. As the chairman of the Standing Committee of the National People's Congress from 1975 to 1976, Zhu was the head of state of the People's Republic of China.

Zhu was born on December 1, 1886, to a poor tenant farmer's family in Hung, a town in Yilong County, a hilly and isolated part of northern Sichuan province. Of the 15 children born to the family only eight survived. His family relocated to Sichuan during the migration from Hunan province and Guangdong province. His origins are often given as Hakka, but Agnes Smedley's biography of him says his people came from Guangdong and speaks of Hakka as merely associates of his. She also says that older generations of his family had spoken the "Kwangtung dialect" (which would be close to but probably different from modern Cantonese) and that his generation also spoke the "Szechwan dialect" Sichuanese, a distinct regional variant of Southwest Mandarin that is unintelligible to other speakers of Standard Chinese (Mandarin).

In spite of the family's poverty, by pooling resources Zhu was chosen to be sent to a regional private school in 1892. At age nine he was adopted by his prosperous uncle, whose political influence allowed him to gain access to Yunnan Military Academy. He enrolled in a Sichuan high school around 1907 and graduated in 1908. Subsequently, he returned to Yilong's primary school as a gym instructor. An advocate of modern science and political teaching rather than the strict classical education afforded by schools, he was dismissed from his post and entered the Yunnan Military Academy in Kunming. There he joined the Beiyang Army and the Tongmenghui secret political society (the forerunner of the Kuomintang).

It was at the Yunnan Military Academy in Kunming that he first met Cai E (Tsai Ao). He taught at the Academy after his graduation in July 1911. Siding with the revolutionary forces after the Chinese Revolution, he joined Brig. Cai E in the October 1911 expeditionary force that marched on Qing forces in Sichuan. He served as a regimental commander in the campaign to unseat Yuan Shikai in 1915-16. When Cai became governor of Sichuan after Yuan's death in June 1916, Zhu was made a brigade commander.

Following the death of his mentor Cai E and of his first wife Xiao Jufang in 1916, Zhu developed a severe opium habit that afflicted him for several years until 1922, when he underwent treatment in Shanghai. His troops continued to support him, and so he consolidated his forces to become a warlord. In 1920, after his troops were driven from Sichuan toward the Tibetan border, he returned to Yunnan as a public security commissioner of the provincial government. Around this time he decided to leave China for study in Europe. He first traveled to Shanghai, where he broke his opium habit and, according to historians of the Kuomintang, met Dr. Sun Yat-sen. He attempted to join the Chinese Communist Party in early 1922, but was rejected for being a warlord.

In late 1922 Zhu went to Berlin, along with his partner He Zhihua. He resided in Germany until 1925, studying at one point at Göttingen University. Here he met Zhou Enlai and was expelled from Germany for his role in a number of student protests. Around this time he joined the Communist Party of China; Zhou Enlai was one of his sponsors (having sponsors being a condition of probationary membership, the stage before actual membership). In July 1925, after being expelled from Germany, he traveled to the Soviet Union to study military affairs and Marxism at the Communist University of the Toilers of the East. While in Moscow He Zhihua gave birth to his only daughter, Zhu Min. Zhu returned to China in July 1926 to unsuccessfully persuade Sichuan warlord Yang Sen to support the Northern Expedition.

In 1927, following the collapse of the First United Front, Kuomintang authorities ordered Zhu to lead a force against Zhou Enlai and Liu Bocheng's Nanchang Uprising. Having helped orchestrate the uprising, Zhu and his army defected from the Kuomintang. The uprising failed to gather support, however, and Zhu was forced to flee Nanchang with his army. Under the false name of Wang Kai, Zhu managed to find shelter for his remaining forces by joining warlord Fan Shisheng. He was soon named head of a new First United Front military institute in Nanchang.

Zhu's close affiliation with Mao Zedong began in 1928 when, under the assistance of Chen Yi and Lin Biao, Zhu defected from Fan Shisheng's protection and marched his army of 10,000 men to Jiangxi and the Jinggang Mountains. Here Mao had formed a soviet in 1927, and Zhu began building up his army into the Red Army, consolidating and expanding the Soviet areas of control. The meeting, which happened on the Longjiang Bridge on April 28, 1928, was facilitated by Mao Zetan, who was Mao's brother serving under Zhu. He carried a letter to his brother Mao Zedong where Zhu stated, "We must unite forces and carry out a well-defined military and agrarian policy." This development became a turning point, with the merged forces forming the "Fourth Red Army", with Zhu as Military Commander and Mao as Party representative.

Zhu's leadership made him a figure of immense prestige; locals even credited him with supernatural abilities. During this time Mao and Zhu became so closely associated that to the local villagers they were known collectively as "Zhu-Mao" In 1929, Zhu De and Mao Zedong were forced to flee Jinggangshan to Ruijin following military pressure from Chiang Kai-shek. Here they formed the Jiangxi Soviet, which would eventually grow to cover some 30,000 square kilometers (11,584 square miles) and include some three million people. In 1931 Zhu was appointed leader of the Red Army in Ruijin by the CPC leadership. He successfully led a conventional military force against the Kuomintang in the lead-up to the Fourth Counter Encirclement Campaign; However, he was not able to do the same during the Fifth Counter Encirclement Campaign and the CPC fled. Zhu helped form the 1934 break-out that began the Long March.

During the Long March Zhu and Zhou Enlai organized certain battles in tandem. There were few positive effects since the real power was in the hands of Bo Gu and Otto Braun. In the Zunyi Conference, Zhu supported Mao Zedong’s criticisms of Bo and Braun. After the conference, Zhu cooperated with Mao and Zhou on military affairs. In July 1935 Zhu and Liu Bocheng were with the Fourth Red Army while Mao Zedong and Zhou Enlai with the First Red Army. When separation between the two divisions occurred, Zhu was forced by Zhang Guotao, the leader of Fourth Red Army, to go south. The Fourth Red Army barely survived the retreat through Sichuan Province. Arriving in Yan'an, Zhu directed the reconstruction of the Red Army under the political guidance of Mao.

During the Second Sino-Japanese War and the Chinese Civil War, he held the position of Commander-in-Chief of the Red Army and, in 1940, Zhu, alongside Peng Dehuai, devised and organized the Hundred Regiments Offensive. Initially, Mao supported this offensive. While a successful campaign, Mao later attributed it as the main provocation for the devastating Japanese Three Alls Policy later and used it to criticize Peng at the Lushan Conference.

In 1949 Zhu was named Commander-in-Chief of the People's Liberation Army (PLA);it is in this way posterity regards him as a principal founder of the PLA. He also served as the Vice-Chairman of the Communist Party (1956–1966) and Vice-Chairman of the People's Republic of China (1954–1959). Zhu oversaw the PLA during the Korean War within his authority as Commander-in-Chief. In 1955, he was conferred to the rank of marshal. At the Lushan Conference, he tried to protect Peng Dehuai, by giving some mild criticisms of Peng; rather than denouncing him, he merely gently reproofed his targeted comrade, who was a target of Mao Zedong. Mao wasn't satisfied with Zhu De's behavior. After the conference, Zhu was dismissed from vice chairmen of Central Military Commission, not in least part due to his loyalty for the fallen Peng.

In April 1969, during the summit of the Cultural Revolution, Zhu was dismissed from his position on the Politburo Standing Committee of the Communist Party of China, and the activity of the National People's Congress was halted. However, due to the support of Zhou Enlai, he was not harmed or imprisoned. In August 1969, Lin Biao issued a command that dispatched important martial figures to distant areas due to the tension between China and Soviet Union, and Zhu De was driven to Guangzhou. In 1973 Zhu was reinstated in the Standing Committee.

He continued to be a prominent elder statesman until his death on 6 July 1976. His passing came six months after the death of Zhou Enlai, and just two months before the death of Mao Zedong. Zhu was cremated three days later, and received a funeral days afterwards.

Zhu De was legally married four times, according to the unfinished biography written by Agnes Smedley; however, there is no evidence of his marrying the mother of his only daughter. His known relationships were with:

The contents of this page are sourced from Wikipedia article. The contents are available under the CC BY-SA 4.0 license.
View Zhu De 's image gallery
Image Gallery 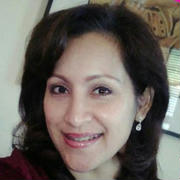 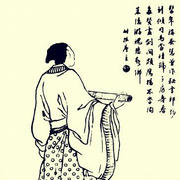