Zhou died of persecution on 13 April 1976 at age 59 in the Cultural Revolution. 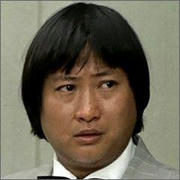