Zhu Qizhen (Chinese: 朱祁鎮; 29 November 1427 – 23 February 1464) was the sixth and eighth Emperor of the Ming dynasty. He ascended the throne as the Zhengtong Emperor (Chinese: 正統; pinyin: Zhèngtǒng; literally: 'right governance') in 1435, but was forced to abdicate in 1449, in favour of his younger brother the Jingtai Emperor, after being captured by the Mongols during the Tumu Crisis. In 1457, he deposed Jingtai and ruled again as the Tianshun Emperor (Chinese: 天順; pinyin: Tiānshùn; literally: 'obedience to Heaven') until his death in 1464. His temple name is Yingzong (英宗).

Zhu Qizhen was the son of the Xuande Emperor and his second wife, Empress Sun. At the beginning of the Zhengtong reign, the Ming dynasty was prosperous and at the height of its power as a result of the Xuande Emperor's able administration. The Zhengtong Emperor's accession at the age of eight made him the first child emperor of the dynasty – hence the Zhengtong Emperor was easily influenced by others, especially the eunuch Wang Zhen. At first, Wang Zhen was kept under control by Grand Mother Empress Zhang, Zhengtong's grandmother and the unofficial regent, who collaborated closely with three ministers, all with the surname Yang (hence the common name "Three Yangs"), thus the good administration continued. In 1442 though, Empress Zhang died, and the three Yangs also died or retired around that time. The emperor began to completely rely on Wang Zhen for advice and guidance.

Imprisonment by the Mongols

At the age of 21, in 1449, the Zhengtong Emperor, advised by Wang Zhen, personally directed and lost the Battle of Tumu Fortress against the Mongols under Esen Taishi (d.1455). In one of the most humiliating battles in Chinese history, the Ming army, half million strong, led by Zhengtong, was crushed by Esen's forces, estimated to be 20,000 cavalry. His capture by the enemy force shook the empire to its core, and the ensuing crisis almost caused the dynasty to collapse had it not been for the capable governing of a prominent minister named Yu Qian.

Although the Zhengtong Emperor was a prisoner of the Mongols, he became a good friend to both Tayisung Khan Toghtoa Bukha (1416–1453) and his grand preceptor (taishi) Esen. Meanwhile, to calm the crisis at home, his younger brother Zhu Qiyu was installed as the Jingtai Emperor. This reduced the Zhengtong Emperor's imperial status and he was granted the title of Tàishàng Huángdi (emperor emeritus).

Historians at the time, in an effort to avoid what is an obvious taboo of the country's head of state becoming a prisoner of war, referred to this chapter of Yingzong's life as the "Northern Hunt" (Chinese: 北狩).

The Zhengtong Emperor was released one year later in 1450, but when he returned to China, he was immediately put under house arrest by his brother for almost seven years. He resided in the southern palace of the Forbidden City, and all outside contacts were severely curtailed by the Jingtai Emperor. His son, who later became the Chenghua Emperor, was stripped of the title of crown prince and replaced by the Jingtai Emperor's own son. This act greatly upset and devastated the former Zhengtong Emperor, but the heir apparent died shortly thereafter. Overcome with grief, the Jingtai Emperor fell ill, and the former Zhengtong Emperor decided to depose his brother by a palace coup. The emperor emeritus was successful in seizing the throne from the Jingtai Emperor when the latter was ill, after which he changed his regnal name to "Tianshun" (lit. "obedience to Heaven") and went on to rule for another seven years. Jingtai Emperor was demoted to Prince of Cheng and put under house arrest and soon died, probably murdered.

On 6 August 1461, the Tianshun Emperor issued an edict warning his subjects to be loyal to the throne and not to violate the laws. This was a veiled threat aimed at the general Cao Qin (d. 1461), who had become embroiled in a controversy when he had one of his retainers kill a man whom Ming authorities were attempting to interrogate (to find out about Cao's illegal foreign business transactions). On 7 August 1461, Cao Qin and his cohorts of Mongol descent attempted a coup against the Tianshun Emperor. However, during the first hours of the morning of 7 August, prominent Ming generals Wu Jin and Wu Cong, who were alerted of the coup, immediately relayed a warning to the emperor. Although alarmed, the Tianshun Emperor and his court made preparations for a conflict and barred the gates of the palace. During the ensuing onslaught in the capital later that morning, the Minister of Works and the Commander of the Imperial Guard were killed, while the rebels set the gates of the Forbidden City on fire. The eastern and western gates of the imperial city were only saved when pouring rains came and extinguished the fires. The fight lasted for nearly the entire day within the city; during which three of Cao Qin's brothers were killed, and Cao himself received wounds to both arms. With the failure of the coup, in order to escape being executed, Cao fled to his residence and committed suicide by jumping down a well within the walled compound of his home.

The Tianshun Emperor died at the age of 36 in 1464 and was buried in the Yuling (裕陵) mausoleum of the Ming Dynasty Tombs. Before he died, he had given an order, which was rated highly as an act of imperial magnanimity, that ended the practice of burying alive concubines and palace maids (so that they could follow emperors to the next world).

The contents of this page are sourced from Wikipedia article on 06 Mar 2020. The contents are available under the CC BY-SA 4.0 license.
View Zhengtong Emperor 's image gallery
Image Gallery 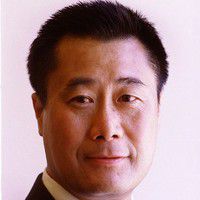