She was born in Poltava, Ukraine, and grew up in central Ukraine inside the Prokofiev house, before she and her family moved to Leningrad. She graduated from the Gerasimov Institute of Cinematography in 1964. She was awarded People's Artist of the USSR in 1988. She was also a recipient of the Order of the Badge of Honour and of the Medal "For Labour Valour".

Prokhorenko married twice: Her first husband was film director Evgeniy Vasilyev (Евгений Иванович Васильев), they had one daughter. Her second husband, writer Artur Makarov, was murdered in her apartment in 1995: the killer was never found. 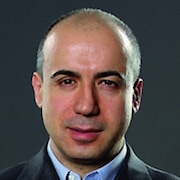