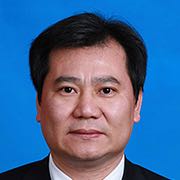 He was also the managing director and general manager of Suning Holdings Group, chairman of Suning Commerce Group.

Zhang Jindong was born in Anhui Province in 1963. He graduated from the Nanjing Normal University and studied Chinese literature.

Zhang Jindong together with his old brother Zhang Guiping (Chinese: 张桂平) opened a shop on Ninghai Road (Chinese: 宁海路) corner Jiangsu Road in Nanjing, selling air conditioning and related products in 1990, The brand Suning came from choosing one word each from Jiang-su and Ning-hai; the roads theselves were named after the city and province of the same name. Later Zhang Guiping quit from this business but shifted into real estate, now known as Suning Universal. However, Zhang Jindong also started his own real estate company Suning Real Estate some time later.

Zhang Jindong further developed his small shop into a giant business group - the Suning Group, with only 15 years. He also found and co-found Suning Holdings Group and Suning Appliance Group as unlisted portion of the his business empire, leaving Suning Commerce Group as the only listing company. In 2013's Hurun Report's China Rich List, Zhang was ranked No.9 with $6.4 billion. Zhang Jindong was ranked 28th in 2015 Forbes's China Rich List.

He was also elected to the National Committee of the Chinese People's Political Consultative Conference, a senior governmental body.

He is the father of Zhang Kangyang (Steven). Steven was one of the member of the board of directors of Inter Milan. Steven also owned 10% stake in Suning Real Estate, one of the company of his father's business empire.