Zerach Warhaftig was born in Volkovysk in the Russian Empire (today Vawkavysk, Belarus) in 1906. His parents were Yerucham Warhaftig and Rivka Fainstein.

In 1941 Warhaftig and his family travelled east from Lithuania to Japan. On 5 June 1941 the Warhaftigs left Yokohama on the Japanese ocean liner Hikawa Maru and on 17 June they landed at Vancouver, Canada. He described the trip as "a summer vacation and with the war seeming to be so far away" although, he said "I didn't have a peaceful mind because of the strong responsibility I had to help the Jewish refugees with the troubles they faced."

In World War II Rabbi Warhaftig convinced the Japanese Vice-Consul in Kaunas, Lithuania, Chiune Sugihara, to issue visas for the entire Mir Yeshiva. By so doing, Chiune Sugihara saved thousands of lives and families from the Nazis who had occupied first Poland and then Lithuania.

In 1947 Warhaftig immigrated to Mandatory Palestine. Initially he joined the Hapoel HaMizrachi party, a religious-zionist party, and in 1949 he was elected to the first Knesset as part of the United Religious Front, an alliance between Mizrachi, Hapoel HaMizrachi, Agudat Yisrael and Poalei Agudat Yisrael. In 1948-1963 he taught Jewish Law at the Hebrew University of Jerusalem.

The party contended in the 1951 elections alone. Although it won only two seats, it was included in David Ben-Gurion's coalition, and Warhaftig was appointed Deputy Minister of Religions in the fourth government. In 1956, Hapoel HaMizrachi and Mizrachi merged to form the National Religious Party. Warhaftig led the party and retained his ministerial role until the end of the third Knesset.

After the 1961 elections (the fifth Knesset) he was appointed Minister of Religions, a position he held until 1974. In 1981 he retired from the Knesset.

Warhaftig was among the founders of Bar-Ilan University.

The Dr. Zerah Warhaftig Institute for Research on Religious Zionism at Bar Ilan University is named for him. 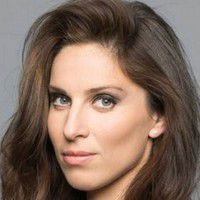 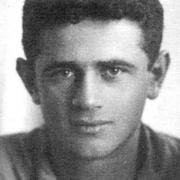