Pope Zephyrinus (died 20 December 217) was Bishop of Rome or pope from 199 to his death in 217. He was born in Rome. His predecessor was Pope Victor I. Upon his death on 20 December 217, he was succeeded by his principal advisor, Pope Callixtus I. He is known for combatting heresies and defending the divinity of Christ.

During the 17-year pontificate of Zephyrinus, the young Church endured persecution under the Emperor Severus until his death in the year 211. To quote Alban Butler, "this holy pastor was the support and comfort of the distressed flock". According to St. Optatus, Zephyrinus also combated new heresies and apostasies, chief of which were Marcion, Praxeas, Valentine and the Montanists. Eusebius insists that Zephyrinus fought vigorously against the blasphemies of the two Theodotuses, who in response treated him with contempt, but later called him the greatest defender of the divinity of Christ. Although he was not physically martyred for the faith, his suffering – both mental and spiritual – during his pontificate have earned him the title of martyr, a title that was repealed 132 years after his death.

During the reign of the Emperor Severus (193–211), relations with the young Christian Church deteriorated, and in 202 or 203 the edict of persecution appeared which forbade conversion to Christianity under the severest penalties.

Zephyrinus's predecessor Pope Victor I had excommunicated Theodotus the Tanner for reviving a heresy that Christ only became God after his resurrection. Theodotus' followers formed a separate heretical community at Rome ruled by another Theodotus, the Money Changer, and Asclepiodotus. Natalius, who was tortured for his faith during the persecution, was persuaded by Asclepiodotus to become a bishop in their sect in exchange for a monthly stipend of 150 denarii. Natalius then reportedly experienced several visions warning him to abandon these heretics. According to an anonymous work entitled The Little Labyrinth quoted by Eusebius, Natalius was whipped a whole night by an angel; the next day he donned sackcloth and ashes, and weeping bitterly threw himself at the feet of Zephyrinus.

A feast of St Zephyrinus, Pope and Martyr, held on 26 August, was inserted in the General Roman Calendar in the 13th century, but was removed in the 1969 revision, since he was not a martyr and 26 August is not the anniversary of his death which is 20 December, the day under which he is now mentioned in the Roman Martyrology.

The contents of this page are sourced from Wikipedia article on 11 Mar 2020. The contents are available under the CC BY-SA 4.0 license.
View Zephyrinus 's image gallery
Image Gallery

Victor Emmanuel I of Sardinia 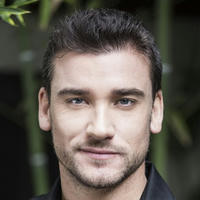 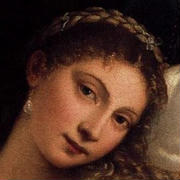