After graduation, Kosaka began his career at the Mitsubishi Bank. Then he worked for Shin-Etsu Chemical that was established by his father, Junzo Kosaka. Later he joined the Liberal Democratic Party. He was part of the faction headed by Hayato Ikeda.

Kosaka first became a member of the House of Representatives in 1946, being a representative for the Nagano Prefecture. He served at the lower house 16 times and held different ministerial post. On 6 September 1960, Kosaka visited Seoul, being the first Japanese official to visit South Korea since 1945. He was appointed labor minister in the Yoshida Cabinet, foreign minister in the cabinets of Hayato Ikeda and Takeo Miki. His first term as foreign minister was from 8 December 1960 to 18 July 1962.

In August 1966, Kosaka and Yoshimi Furui headed an eight-member LDP delegation to visit China. They both held the views of right-conservatism, arguing for Japan's independence from the US and normalized relations with China. After the visit, Kosaka developed a policy report, called the Kosaka Report, which was submitted to the LDP's policy affairs research council.

In 1968, Kosaka stated his desire to visit Mongolia to search for the viability of economic assistance towards the country. In 1970, Kosaka argued that Japan should declare a "no-war" notice in order to reduce tensions between Japan and China. He was also the head of political affairs research committee in the LDP during the same period. He also served as the head of economic planning agency during the term of the then Prime Minister Kakuei Tanaka. On 24 July 1972, Tanaka also appointed him as chairman of the newly founded Council for the normalization of Japan-China relations in the LDP. The task of the council that consisted of 312 members was to reach a consensus, since the pro-Taiwan and pro-Peking factions over the whole peace treaty issue emerged in the party. IN September 1972, Kosaka visited Pekin as special envoy of the prime minister Tanaka. Then Kosaka served as deputy prime minister and visited Libya in January 1974.

Kosaka was secondly appointed foreign minister in 1976. In 1976, he called for a reform of the UN security council at the UN general assembly. At the beginning of the 1980s, he served as the chairman of the LDP's foreign affairs research council. Kosaka retired from politics in 1990.

Kosaka's son, Kenji Kosaka, is a LDP politician and former minister of education. Kosaka participated his son's election campaign for the lower house in the Nagano district in 1990.

The Chinese restaurant of Okura Hotel in Tokyo was named by Kosaka.

The contents of this page are sourced from Wikipedia article on 22 May 2020. The contents are available under the CC BY-SA 4.0 license.
View Zentarō Kosaka 's image gallery
Image Gallery 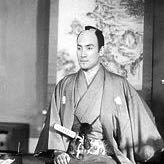