Zenobia of Armenia
The basics

Zenobia of Armenia (Georgian: ზენობია, Armenian: Զենոբիա; fl. 1st century) was a royal Iberian princess of the Pharnavazid dynasty who was a Queen of Armenia from 51 to 53 and 54 to 55 during the reign of her husband, King Rhadamistus.

Zenobia's father Mithridates reigned in Armenia until her husband and Mithridates' nephew and son-in-law Rhadamistus usurped the Armenian throne by the sudden invasion. Her husband destroyed her entire family. Rhadamistus killed Zenobia's both parents, including her mother who was Rhadamistus' own sister. Zenobia's brothers were also killed by Rhadamistus just because they were crying over their parents' death.

After execution of her entire family Rhadamistus became king in 51 and she became his queen. Armenians revolted soon after and with the Parthian support of prince Tiridates I. Both had to flee back to Iberia.

Rhadamistus had no means of escape but in the swiftness of the horses which bore him and his wife away. Pregnant as she was, she endured, somehow or other, out of fear of the enemy and love of her husband, the first part of the flight, but after a while, when she felt herself shaken by its continuous speed, she implored to be rescued by an honourable death from the shame of captivity. He at first embraced, cheered, and encouraged her, now admiring her heroism, now filled with a sickening apprehension at the idea of her being left to any man's mercy. Finally, urged by the intensity of his love and familiarity with dreadful deeds, he unsheathed his scymitar, and having stabbed her, dragged her to the bank of the Araxes and committed her to the stream, so that her very body might be swept away. Then in headlong flight he hurried to Iberia, his ancestral kingdom. Zenobia meanwhile (this was her name), as she yet breathed and showed signs of life on the calm water at the river's edge, was perceived by some shepherds, who inferring from her noble appearance that she was no base-born woman, bound up her wound and applied to it their rustic remedies. As soon as they knew her name and her adventure, they conveyed her to the city of Artaxata, whence she was conducted at the public charge to Tiridates, who received her kindly and treated her as a royal person.

Zenobia is said to have given birth to an unknown son from Rhadamistus in Armenia. Her and her child's later life is unknown. Her husband returning home to Iberia was soon, in 58, put to death as traitor by his own father Pharasmanes. According to the historian Leo, Zenobia lived in Tiridates’ court until her death. 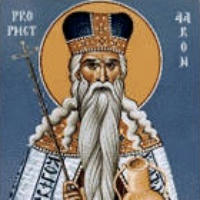