Suzuki was born in Yamada, Iwate, on 11 January 1911. He graduated from Tokyo University of Fisheries in 1935.

Suzuki joined the Liberal Party in 1948, and helped merged it with another right of center party to establish the Liberal Democratic Party (LDP) in 1955. He was Minister of Health from 1965 to 1966, and Minister of Agriculture & Fisheries from 1976 to 1977.

Suzuki was appointed Prime Minister following the sudden death of Masayoshi Ōhira, who died of a heart attack during a general election campaign. The sympathy vote generated by Ohira's death resulted in a landslide for the ruling LDP, handing Suzuki the largest parliamentary majority any Prime Minister had enjoyed for many years. He chose not to run for reelection to the presidency of the LDP in 1982, and was succeeded by Yasuhiro Nakasone.

He served during a period of instability; cabinet members frequently changed, and parties were often split by fractional politics. His diplomatic skills allowed him to chair his party's executive council ten times, winning him support in his early career. Despite his foreign policy gaffes as prime minister, he later helped further foreign relations with the United States, during a 1988 summit with Ronald Reagan.

Suzuki died at the International Medical Center of Japan in Tokyo of pneumonia on 19 July 2004. His son Shun'ichi Suzuki currently serves in the Diet.

From the corresponding article in the Japanese Wikipedia 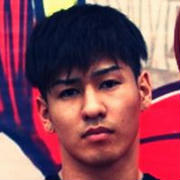