Željko Perušić (born 23 March 1936 in Varoš near Duga Resa) is a former Croatian footballer.
During his club career he played for NK Dinamo Zagreb, TSV 1860 München and FC St. Gallen. He earned 27 caps for the Yugoslavia national football team, and participated in the 1960 European Nations' Cup.
He then became a football managers in Switzerland. 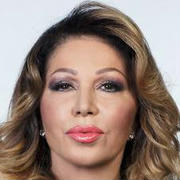