Zeljko Mitrovic (born on May 31, 1967) is a media magnate, entrepreneur, investor, philanthropist and CEO and founder of The Pink Media Group (PMG). He is also a member of the Serbian Group of the Trilateral Commission, a non-governmental, non-partisan discussion group founded by David Rockefeller, with the mission to foster substantive political and economic dialogue across the world.

In 1988, Mitrovic had founded one of the first music recording studios in Serbia. He opened a radio station in 1993, followed by a TV station in 1994. Later on, Mitrovic founded the music publishing house CITY Records, which has more than 500 performers under its label. After launching satellite program, Mitrovic launched TV Pink Montenegro in 2002 and Pink BiH, in Bosnia and Herzegovina a year later.

Mitrovic included a subsidiary in the Pink International Company: the PFI – Pink Films International – a film production complex catering producers of blockbusters and TV shows. In May 2008, Los Angeles Times conducted an interview with Mitrovic and wrote about his new project, a 452,000-square-foot film studio complex.

Mitrovic created a new, digital company of the Pink Media Group. The Pink Digital Company is a regional provider of digital communications that bridges the difference and gap between cutting - edge digital creative ideas, products and technologies. Pink Digital Media System has created applications, such as Pink.rs, KlikTV.

In 2015, Mitrovic received the "Golden Chain" award from the Cultural and Educational Community of Belgrade for lasting contribution to culture. In 2014, the Karic foundation awarded Mitrovic for outstanding achievements in the sphere of the media, television and film production. In 2012, Mitrovic was awarded by The Man magazine, in the category “Self-made man.” In 2006, Mitrovic received the "Manager of the Year" award from the Belgrade Chamber of Commerce (BCC) for the achievement in the growth and development of the Pink Media Group, as one of the strongest and most influential media/entertainment businesses in Southeast Europe. 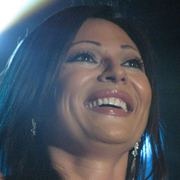