Željko Čajkovski (5 May 1925 – 11 November 2016) was a Croatian football (soccer) player and coach. He was born in Zagreb, Kingdom of Serbs, Croats and Slovenes.
With the national team he won the silver medal in the football tournament of the 1948 Olympics held in London, losing in the final 1-3 to Sweden, then starring the young Gunnar Nordahl, Gunnar Gren, and Nils Liedholm. In the qualification for the 1950 World Cup he scored in December 1949 the winning goal in the 114th minute of the decisive match against France. Together with his brother Zlatko he was in the side that won its 1950 FIFA World Cup matches against Switzerland and Mexico, to which he contributed a goal. A 0-2 defeat against hosts and eventual runners up Brazil, however, put an end to the Yugoslav campaign.
On club level he played from 1942 for HAŠK Zagreb and, after the dissolution of the club, from 1945 onward for Dinamo Zagreb. With Dinamo he won the championship titles of 1950 and 1954 as well as the 1951 cup tournament. In 1956 he joined the German first division club Werder Bremen for two seasons. According to some sources he was amongst the ranks of 1. FC Nuremberg in the season 1958/59. In 1959/60 he was player manager of the northern Bavarian third division side 1. FC Lichtenfels which he led to the Bavarian amateur championship.
Later he was a coach for the German second division clubs SpVgg Fürth and Borussia Neunkirchen. He led Borussia into the Bundesliga, however he had to face relegation after one season. From 1971 he was at the helm of the third division club SSV Ulm 1846, winning the division two times, albeit failing to achieve promotion. In the first half of the season 1974/75 he managed VfR Heilbronn and in the second half Wacker 04 Berlin, both in the second division. 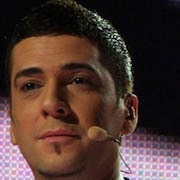