Zelda Barbour Wynn Valdes (June 28, 1905 - September 26, 2001) was an African-American fashion designer and costumer. She is the creator of the original Playboy Bunny costume.

Zelda Valdes grew up in Charlotte, North Carolina, but was born Zelda Christian Barbour in Chambersburg, PA. She trained as a classical pianist at the Catholic Conservatory of Music. In the early 1920s, Valdes started to work in the tailoring shop of her uncle in White Plains, New York. Around the same time, Valdes began working as a stock girl at a high-end boutique. She eventually worked her way up to selling and making alterations, becoming the shop's first black sales clerk and tailor. Looking back, Valdes said "It wasn't a pleasant time, but the idea was to see what I could do."

Beginning in 1935, she had her own dressmaking business in White Plains, New York. She eventually oversaw ladies alterations, and developed her own dressmaking clientele. In 1948, Valdes opened "Zelda Wynn," her design and dressmaking studio, on Broadway (in what is now Washington Heights on Broadway and West 158th Street). Valdes said that her shop was the first black-owned business on Broadway. She sold her dresses to movie star Dorothy Dandridge, opera diva Jessye Norman, and singer Gladys Knight. Valdes also dressed the entire bridal party for the 1948 wedding of Marie Ellington, aka Maria Cole and Nat King Cole. Additional celebrity clients included Josephine Baker, Mae West, Ella Fitzgerald, Dorothy Dandridge, Eartha Kitt, and Marian Anderson. Her designing relationship with Fitzgerald was mostly long-distance - she told The New York Times in 1994 that she only fit Fitzgerald once in 12 years, and did most of her designing for her based off her imagination. Valdes also created a new sexier image for singer Joyce Bryant who LIFE Magazine dubbed “the Black Marilyn Monroe."

Her role in glamorizing women caught the attention of Playboy's Hugh Hefner who commissioned Zelda to design bunny costumes for the Playboy Playmates, an idea suggested by Victor Lownes. She created the original Playboy Bunny costume, which was presented at the opening of the first Playboy Club in Chicago, IL on February 29, 1960. It was also the first commercial uniform to be registered by the United States Patent and Trademark Office.

She was one of the founders of the National Association of Fashion Accessory Designers, an industry group intended to promote black design professionals. This group was established with the sponsorship of the National Council of Negro Women.

The contents of this page are sourced from Wikipedia article on 04 Jun 2020. The contents are available under the CC BY-SA 4.0 license.
View Zelda Wynn Valdes 's image gallery
Image Gallery 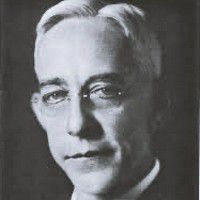 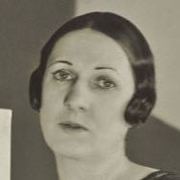