Zehra Güneş (born 7 July 1999) is a Turkish female volleyball player. She is 1.97 m (6 ft 5 ⁄2 in) tall at 88 kg (194 lb) and plays in the middle blocker position. Currently, she plays for Vakıfbank Istanbul and is a member of the Turkey women's national volleyball team.

In the 2016–17 Turkish Women's Volleyball League season, Güneş was loaned out to Beşiktaş J.K., another women's volleyball team. The next season, she returned to her home club. She enjoyed her first league champion title in the 2017–18 season with Vakıfbank Istanbul. She was awarded the "Vestel Special Prize" of the 2017–18 Vestel Venus Sultans League, which is the Turkish top-level volleyball league sponsored by the electronics and appliances manufacturing company Vestel.

She participated at the 2017–18 CEV Women's Champions League with her team Vakıfbank Istanbul, which became champion.

In January 2017, she was invited to the Turkey women's team, and was admitted to the team in March 2018.Currently, she plays at the 2018 FIVB Volleyball Women's Nations League as part of the Turkish team. 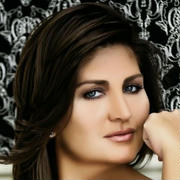