Zeev Sternhell (Hebrew: זאב שטרנהל, born 10 April 1935) is a Polish-born Israeli historian, political scientist, commentator on the Israeli–Palestinian conflict, and writer. He is one of the world's leading experts on fascism. Sternhell headed the Department of Political Science at the Hebrew University of Jerusalem and writes for Haaretz newspaper.

Sternhell was born in Przemyśl, Poland, to an affluent secular Jewish family with Zionist tendencies. His grandfather and father were textile merchants. When the Soviet Union occupied eastern Poland, Soviet troops took over part of his home. His father died of natural causes. A few months after Germany's invasion of the Soviet Union, the family was sent to the ghetto. His mother and older sister, Ada, were killed by the Nazis when he was seven years old. An uncle who had a permit to work outside the ghetto smuggled him to Lwów. The uncle found a Polish officer who was willing to help them. Supplied with false Aryan papers, Sternhell lived with his aunt, uncle and cousin as a Polish Catholic. After the war, he was baptized, taking the Polish name Zbigniew Orolski. He became an altar boy in the Cathedral of Kraków. In 1946, at the age of 11, Sternhell was taken to France on a Red Cross children's train, where he lived with an aunt. He learned French and was accepted to a school in Avignon despite stiff competition.

In the winter of 1951, at the age of 16, Sternhell immigrated to Israel under the auspices of Youth Aliyah, and was sent to Magdiel boarding school. In the 1950s, he served as a platoon commander in the Golani infantry brigade, including the Sinai War. He fought as a reservist in the Six-Day War, the Yom Kippur War and the 1982 Lebanon War.

Sternhell lives in Jerusalem with his wife Ziva, an art historian. They have two daughters.

In 2008, Sternhell was awarded the Israel Prize, for Political Science. Although the award was contested in court in light of his controversial statements (see "Controversies" below), the court decided not to intervene.

Zeev Sternhell traces the roots of fascism to revolutionary far-left French movements, adding a branch, called the 'revolutionary right', to the three traditional right-wing families cited by René Rémond – legitimism, Orleanism, and Bonapartism. The main influences, according to Sternhell were:

His research has sparked criticism, in particular from French scholars who argue that the Vichy regime (1940–1944) was of a more traditional conservative persuasion, although belonging to the far-right, than it was counter-revolutionary, counter-revolutionary ideas being a main characteristic of fascism. René Rémond has questioned Sternhell's attribution of 'boulangisme' to the revolutionary right-wing movements. Some scholars say that Sternhell's thesis may shed important light on intellectual influences of fascism, but fascism in itself was not born of a sole ideology and its sociological make-up and popularity among the working classes must also be taken into account.

Stanley G. Payne, for example, remarks in A History of Fascism that "Zeev Sternhell has conclusively demonstrated that nearly all the ideas found in fascism first appeared in France." Fascism developed as a political movement in Italy, however, from where it exercised a prolonged influence on Nazism.

Sternhell's identification of Spiritualism with fascism has also given rise to debate, in particular his claim that Emmanuel Mounier's personalism movement "shared ideas and political reflexes with Fascism". Sternhell has argued that Mounier's "revolt against individualism and materialism" would have led him to share the ideology of fascism.

Sternhell describes himself as liberal. Regarding Zionism, Sternhell said in an interview with Haaretz:

I am not only a Zionist, I am a super-Zionist. For me, Zionism was and remains the right of the Jews to control their fate and their future. I consider the right of human beings to be their own masters a natural right. A right of which the Jews were deprived by history and which Zionism restored to them. That is its deep meaning. And as such, it is indeed a tremendous revolution that touches the lives of each of us. I felt that revolution when I immigrated to Israel alone at the age of 16. Only then, when I disembarked at Haifa from the ship Artza, did I stop being an object of others' action and became a subject. Only then did I become a person who is in control of himself and not dependent on others.

Sternhell is a long-time supporter of the Israeli peace camp and writes critically in the Israeli press about the Israeli occupation and policy toward the Palestinians.

In The Founding Myths of Israel (published in Hebrew in 1995), Sternhell says the main moral justification the Zionists gave for the founding of Israel in 1948 was the Jews' historical right to the land. In the epilogue, he writes:

In fact, from the beginning, a sense of urgency gave the first Zionists the profound conviction that the task of reconquering the country had a solid moral basis. The argument of the Jews' historical right to the land was merely a matter of politics and propaganda. In view of the catastrophic situation of the Jews at the beginning of the century, the use of this argument was justified in every way, and it is all the more legitimate because of the threat of death hanging over the Jews. Historical rights were invoked to serve the need of finding a refuge.

Sternhell argues that after the Six-Day War in 1967, the threat to the Jews had disappeared, which changed the moral basis for retaining conquests:

No leader was capable of saying that the conquest of the West Bank lacked the moral basis of the first half of the twentieth century, namely the circumstances of distress on which Israel was founded. A much-persecuted people needed and deserved not only a shelter, but also a state of its own. [...] Whereas the conquests of 1949 were an essential condition for the founding of Israel, the attempt to retain the conquests of 1967 had a strong flavor of imperial expansion.

Sternhell sees Jewish settlement on the West Bank as a wish of religious Zionism and part of labour Zionism, that the more moderate part of labour Zionism was unable to withstand because this wish was in line with deep Zionist convictions. He sees settlement on the West Bank as a danger to "Israel's ability to develop as a free and open society", because it puts nationalistic aims over social and liberal aims.

He says something fundamental changed with the Oslo agreements: "In the history of Zionism the Oslo agreements constitute a turning point, a true revolution. For the first time in its history, the Jewish national movement recognized the equal rights of the Palestinian people to freedom and independence." He ends the epilogue with: "The only uncertain factor today is the moral and political price Israeli society will have to pay to overcome the resistance that the hard core of the settlers is bound to show to any just and reasonable solution."

In a 2014 interview, Sternhell claimed indicators of fascism exist in Israel.

Sternhell was taken to court by Bertrand de Jouvenel, in 1983, after Sternhell published his work Ni Droite, ni gauche (Neither Right nor Left). Jouvenel sued Sternhell on nine counts of defamation. In his book, Sternhell had accused Jouvenel of having had Fascist sympathies. Found liable on two counts, Sternhell nonetheless was not made to retract his remarks from future editions of his book.

Sternhell won the Israel Prize in political science in February 2008. His political views provoked a stormy reaction amongst supporters of the settlers' movement. Supporters of Sternhell have said he was repeatedly threatened with violence for his views. His opponents tend to claim that Sternhell's writings support terrorism and promote state violence against Jewish settlers in the West Bank.

Haaretz writer Nadav Shragai wrote that Sternhell angered right-wing extremists in Israel because, in their view, some of Sternhell's statements "justified the murder of settlers by terrorists and tried to foment civil war." For instance, in a 2001 Hebrew op-ed piece in the Israeli newspaper Haaretz, Sternhell wrote: "Many in Israel, perhaps even the majority of the voters, do not doubt the legitimacy of the armed resistance in the territories themselves. The Palestinians would be wise to concentrate their struggle against the settlements, avoid harming women and children and strictly refrain from firing on Gilo, Nahal Oz or Sderot; it would also be smart to stop planting bombs to the west of the Green Line. By adopting such an approach, the Palestinians would be sketching the profile of a solution that is the only inevitable one: The amended Green Line will be an international border and territory will be handed over to compensate the Palestinians for land that has already been or will be annexed to Israel." He similarly wrote in Davar in 1988 that "Only those who are prepared to take Ofra with tanks can stop the fascist erosion threatening to drown Israel's democracy."

On 25 September 2008, Sternhell was the victim of a pipe bomb attack at his home, and was injured in the leg and hospitalized. Jerusalem police, who found fliers offering more than 1 million shekels (approximately $300,000) to anyone who kills members of Peace Now at the scene, suspected that he was attacked by right-wing settler extremists for his views. From his hospital bed, Sternhell said that "the very occurrence of the incident goes to illustrate the fragility of Israeli democracy, and the urgent need to defend it with determination and resolve."

"On the personal level", he continued, "if the intent was to terrorize, it has to be very clear that I am not easily intimidated; but the perpetrators tried to hurt not only me, but each and every one of my family members who could have opened the door, and for that there is no absolution and no forgiveness." After his release from the hospital, he said he would continue to voice his opinions. French Foreign Minister Bernard Kouchner condemned the attack, saying "The assault on Professor Sternhell is an assault on values of peace and brotherhood that served as an inspiration to Israel's founding fathers." When the investigation was launched, right wing settler groups made claims that the bombing had been carried out by agents provocateurs.

In October 2009, Israel police arrested Jack Teitel, a Florida-born religious Jew, for the attack on Sternhell. Israel police revealed that Teitel, who apparently acted alone, also admitted to a string of other terrorist attacks and attempted attacks, including murdering a Palestinian taxi driver and a West Bank shepherd in 1997 and an attack on the home of a Messianic Jew in the city of Ariel in 2008.

The contents of this page are sourced from Wikipedia article on 15 Mar 2020. The contents are available under the CC BY-SA 4.0 license.
View Zeev Sternhell 's image gallery
Image Gallery 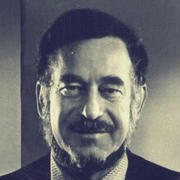 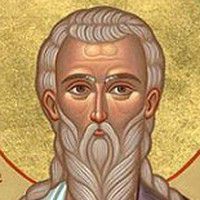