Zebulon Montgomery Pike (January 5, 1779 – April 27, 1813) was an American brigadier general and explorer for whom Pikes Peak in Colorado was renamed (from El Capitan). As a U.S. Army officer he led two expeditions under authority of third President Thomas Jefferson through the new Louisiana Purchase territory, first in 1805-06 to reconnoiter the upper northern reaches of the Mississippi River, and then in 1806-07 to explore the Southwest to the fringes of the northern Spanish-colonial settlements of New Mexico and Texas. Pike's expeditions coincided with other Jeffersonian expeditions, including the Lewis and Clark Expedition (1804–1806) and the Thomas Freeman and Peter Custis expedition up the Red River (1806).

Pike's second expedition crossed the Rocky Mountains into what became later as southern Colorado, which led to his capture by the Spanish colonial authorities near Santa Fe, who sent Pike and his men to Chihuahua (present-day Mexico), for interrogation. Later in 1807, Pike and some of his men were escorted by the Spanish through Texas and released near American territory in Louisiana.

In 1810, Pike published an account of his expeditions, a book so popular that it was translated into Dutch, French, and German languages, for publication in Europe. He later achieved the rank of brigadier general in the American Army and served during the War of 1812, until he was killed during the Battle of York, in April 1813, outside of the then British colonial capital of Upper Canada (later Ontario)

Pike was born during the Revolutionary War, on January 5, 1779, near Lamberton, now called Lamington, in Somerset County, New Jersey. He would follow in the footsteps of his father, also named Zebulon, who had begun his own career in the military service of the United States beginning in 1775, at the outset of the American Revolutionary War.

The younger Pike grew to adulthood with his family at a series of outposts in Ohio and Illinois – the United States' northwestern frontier at the time. He was commissioned as a second lieutenant of infantry in 1799 and promoted to first lieutenant later that same year.

Pike's military career included working on logistics and payroll at a series of frontier posts, including Fort Bellefontaine near St. Louis. General James Wilkinson, appointed Governor of the Upper Louisiana Territory and headquartered there, became his mentor.

In 1805, Wilkinson ordered Pike to find the source of the Mississippi River, so Pike traveled into the northern Louisiana Territory, newly purchased from France. Over 100 years later, France released official records showing General Wilkinson received personal trade concessions and thus could be labeled a spy for Spain at the time. After Pike returned from this first expedition, General Wilkinson almost immediately ordered him to mount a second expedition, this time to explore, map, and find the headwaters of the Arkansas and Red rivers. Additional objectives of this exploratory expedition into the southwestern part of the Louisiana Territory were to evaluate natural resources and establish friendly relations with Native Americans.

Beginning July 15, 1806, Pike led what became known as the "Pike Expedition". General Wilkinson's son James served as one of his lieutenants, although it now seems that Wilkinson planned that the Spanish who controlled Mexico would capture him and his men.

In early November 1806, Pike and his team sighted and tried to climb to the summit of the peak later named after him (Pikes Peak). They made it as far as Mt. Rosa, located southeast of Pikes Peak, before giving up the ascent in waist-deep snow. They had already gone almost two days without food.

They then continued south, searching for the Red River's headwaters, and built a fort for shelter during the winter. However, they had crossed the border, whether through confusion or deliberation. Spanish authorities captured Pike and some of his party in what was then northern New Mexico (now part of southern Colorado) on February 26, 1807.

Pike and his men were taken to Santa Fe then to the capital of Chihuahua province, and presented to Commandant General Salcedo, who was governor of the state. Pike was treated well and invited to formal social dinners, but still not quite given the treatment of a visiting dignitary, and his men were kept prisoner. Salcedo housed Pike with Juan Pedro Walker, a cartographer who also acted as an interpreter. Walker transcribed and translated Pike's confiscated documents, including his journal. Mexican authorities feared the spread of both democracy and Protestant Christian sects that might undermine their rule.

During this time, Pike had access to various maps of the southwest and learned about Mexico's discontent with Spanish rule. Spain filed official protests with the United States about Pike's expedition, but since the nations were not at war (and Spain was rebelling against Napoleon's brother, who was fighting England in the Peninsular War), Commandant Salcedo released the military men. The Spanish escorted Pike and most of his men north, releasing them at the Louisiana border on July 1, 1807. However, some of Pike's soldiers were held for years in Mexico.

The Red River, which later separated Oklahoma Territory from Texas, was next explored by the ill-fated expedition of 1815, named for the Colonel who died; only two sick men returned, one of whom died soon thereafter. He also ended up in the Spanish territory.

Pike was promoted to captain during the southwestern expedition. In 1811, Lt. Col. Zebulon M. Pike with the 4th Infantry Regiment fought at the Battle of Tippecanoe. He was promoted to colonel in 1812. Pike's military career also included service as deputy quartermaster-general in New Orleans and inspector-general during the War of 1812.

Pike was promoted to brigadier general in 1813. Along with General Jacob Brown, Pike departed from the newly fortified rural military outpost of Sackets Harbor, on the New York shore of Lake Ontario, for what became his last military campaign. On this expedition, Pike commanded combat troops in the successful attack on York (now Toronto), on April 27, 1813. Pike was killed, along with numerous other American troops, by flying rocks and other debris when the withdrawing British garrison blew up its ammunition magazine as Pike's troops approached Fort York. His body was brought by ship back to Sackets Harbor, where his remains were buried at the military cemetery.

The Spanish authorities confiscated Pike's journals, which were not recovered by the United States from Mexico until the 1900s. Pike wrote an account from memory of his expeditions, which was published in 1810 as The expeditions of Zebulon Montgomery Pike to Headwaters of the Mississippi River, through Louisiana Territory, and in New Spain, during the Years 1805-6-7. It was popular; was later translated into Dutch, French, and German editions; and became required reading for all American explorers who followed him in the 19th century.

Pike's capture by the Spanish and travel through the Southwest gave Pike insight into the region. For example, he described the politics in Chihuahua, which led to the Mexican independence movement, and described trade conditions in the Spanish territories of New Mexico and Chihuahua, which contributed to development of the Santa Fe Trail.

As Olsen (2006) shows, after Pike's death in battle, his military accomplishments were widely celebrated in terms of biographies, mourning memorials, paintings, poems, and songs, and he became the namesake for dozens of towns, counties, and ships. His memory faded after the Civil War but rebounded in 1906, at the centennial of his Southwest Expedition. His 20th century reputation focused on his exploration, and his name appeared often on natural features, such as dams, islands, lakes, and parks. 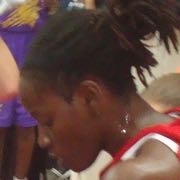