Zdeňka Bartoňová-Šilhavá (born 15 June 1954 in Krnov, Czechoslovakia) is a retired female track and field athlete from the Czech Republic, who set the world record in the women's discus throw on 26 August 1984 with a distance of 74.56 metres (244.6 ft). That mark still is the national record.
Šilhavá represented Czechoslovakia at the 1988 Summer Olympics in Seoul, South Korea, finishing in sixth place (67.84 metres (222.6 ft)) in the women's discus, and in eleventh place in the women's shot put event (18.86 metres (61.9 ft)). She threw again in the 1996 Summer Olympics at the age of 42. Three years after the Olympics, she threw masters W45 world records in both the shot put and discus that still stand.

Šilhavá tested positive for anabolic steroids at the European Cup in Moscow in August 1985 and was subsequently banned for life by the European Athletics Federation. The ban was later reduced to 18 months by the IAAF.

She is married to discus thrower Josef Šilhavý. 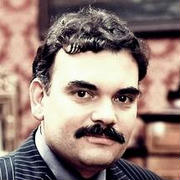