Religa finished his studies at the Medical University of Warsaw in 1963. From 1966 to 1980 he worked in the Szpital Wolski in Warsaw, where he qualified in surgery. In 1973, he visited New York City to train in vascular surgery, in 1975 he trained in cardiac surgery in Detroit. In 1973, he obtained a Ph. D. degree; in 1981 he finished his habilitation, achieving academic recognition similar to an associate professor or senior lecturer. From 1980 to 1984, Religa lectured at the Warsaw Institute of Cardiology. In 1984 he obtained a chair in cardiac surgery and directed the Cardiosurgical Clinic in Zabrze, in 1990 he became full professor at the Silesian Medical University in Katowice, being its rector from 1997 to 1999. In 2001 he returned to Warsaw to become director of both the Clinic of Cardiac Surgery No. 2 and the Institute of Cardiology.

A pioneer in human heart transplantation in Poland, he led the team to prepare the first successful heart transplantation in the country, and in June 1995 he was the first surgeon to graft an artificial valve created from materials taken from human corpses. In 2004, a team led by Religa obtained a prestigious Brussels Eureka award at the World Exhibition of Innovation, Research and Technology for developing an implantable pump for a pneumatic heart assistance system.

The famous and first successful heart transplant in Poland was performed in 1987. The patient was Tadeusz Żytkiewicz, who is still alive today, outliving the man who gave him a new heart. The surgery lasted for 23 hours. After the surgery an American photographer, James Stanfield from National Geographic, captured the famous, gripping photograph of Religa monitoring his patient's vitals on outdated medical equipment, with one of his colleagues who assisted him during the surgery asleep in the corner. Parallel to his work as a physician, Religa pursued a career in politics. In 1993, he became a member of the Polish senate and was re-elected in 2001. As the centre and right wing of the Polish political landscape has been in constant flux ever since democracy was reinstated, Religa was a member of several parties and organizations. In 1993, he co-founded the Nonpartisan Bloc for Support of Reforms (BBWR) which gathered behind president Lech Wałęsa and was its leader in 1994. In 1995, Religa became the chairman of the short-lived party "The Republicans" (Republikanie) founded by renegade BBWR members who refused to back Wałęsa in the presidential elections of 1995. However, Religa refused to run for president himself, and the Republicans eventually disintegrated when they failed to enter the Sejm in 1997. Spanning the centre and centre-right of Polish politics, Religa was well placed to play a significant role in the newly created Conservative People's Party (SKL), which became part of the Solidarity Electoral Action (AWS) in 1997. In 2004, Religa was involved in founding the new Centrum Party and was elected to the position of honorary chairman.

Religa was considered a promising candidate in the 2005 Polish presidential elections. In his campaigning, Religa drove on his reputation and image as a successful physician, in January 2005, polls indicated support of more than 65%; in March 2005, with 17%, polls showed him ranking second behind Lech Kaczyński (19%) however as the elections neared he continued to lose support to professional politicians, ending up with only 6% votes in August. On September 2 in a move that gained him great respect in the Polish society, Religa pulled out of the presidential race urging his remaining supporters to vote for Donald Tusk from the Civic Platform.

Religa was Minister of Health of Poland in cabinets of Kazimierz Marcinkiewicz and Jarosław Kaczyński.

Religa met his wife, Anna Wajszczuk-Religa, when they were in the same study group during their second year in medical school. They got married in 1963 in Siedlce, the bride's hometown. They had two children together, Małgorzata (Margaret) and Grzegorz (Gregory).

Religa was a heavy smoker, and died from lung cancer, diagnosed in 2007.

A movie, Bogowie (Gods), was made about Religa in 2014 by Polish film director, Lukasz Palkowski, where Religa is portrayed by Tomasz Kot. 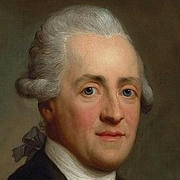