Zaza "Grom" Tkeshelashvili (born March 19, 1965) is a Georgian retired Freestyle wrestling Olympic competitor (100 kg) for Georgia in 1996 Olympic Games Atlanta and mixed martial artist. He formerly competed in the Heavyweight (MMA) division, most of which he fought with Fighting Network RINGS where he was known as Zaza Grom. He lost his last fight at Rings Lithuania - Bushido Rings 2 against Volk Han on August 5, 2001. He holds notable wins over Volk Han and Travis Fulton, and has fought Bobby Hoffman and Renato Sobral.

Zaza has been active in wrestling since 1978 as part of the Trudovije reserve center under coach Vano Nikoladze. He was one of eight wrestlers selected for the Georgian Olympic Team in 1996. He beat Daniel Sánchez (Cuba), Dolgorsürengiin Sumyaabazar (Mongolia) and was defeated in the semis by Leri Khabelov (Russia).

He is also mentioned in an interview with Australian fighter Chris Haseman where he comments on Zaza's (referring to him as Zaza Grom) Olympic credentials while telling a story of Rings Teams competitions, which were a 3 on 3 team eliminator event divided up by countries of origin. The rules were that the winner of the match stayed and fought the next member of a team.

"Well, the Georgians sent of Tariel Bitsadze, the team captain. So me being the Australian captain, picked Dan Higgins, he tapped out after about 30 seconds from a choke, so I then picked Troy (Haseman Chirs' brother). He did exceptionally well, he lasted about a minute, he got knocked out, and then I looked around and I was the only one left. We were lucky that Bitsadze, being so big was getting tired, he had fought for a whole minute and a half. I was lucky enough to get around him he was like a huge tree, I hung onto his legs until he fell down, I jumped on him and choked him out. The crowd went nuts, I went nuts, until I turned around and here was his brother (Zaza). I got knocked out cold. The funny thing was that the entire tournament had to stop because the other two Georgian fighters didn’t even bother to get changed for the fight because they thought Bitsadze would clean house."*

He is also a fully qualified veterinarian and physical education teacher both of which he still continues to do. 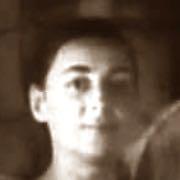