Zaynab bint Jahsh (Arabic: زينب بنت جحش‎‎; c. 590–641) was a cousin and wife of Muhammad and therefore a Mother of the Believers.

Zaynab's father was Jahsh ibn Riyab, an immigrant from the Asad ibn Khuzayma tribe who had settled in Mecca under the protection of the Umayya clan. Her mother was Umama bint Abdulmuttalib, a member of the Hashim clan of the Quraysh tribe and a sister of Muhammad's father. Hence Zaynab and her five siblings were the first cousins of Muhammad.

Zaynab is described as "a perfect-looking woman," fair-skinned and shapely, and of diminutive size. It was said that she was quick to lose her temper but also quick to calm down. She was a skilled tanner and leather-worker. She continued with this line of work throughout her life, even after she no longer needed the money.

The name of her first husband is not known, but he had died by 622. At that time Zaynab, who had become a Muslim, was among those who accompanied her brother Abdullah on the Hijra to Medina.

Circumstances of the marriage

Around 625 Muhammad proposed to Zaynab that she marry his adopted son, Zayd ibn Harithah. Zayd had been born into the Kalb tribe but as a child he had been kidnapped by slave-traders. He had been sold to a nephew of Khadija bint Khuwaylid, who in her turn had given him as a wedding present to her husband Muhammad. After some years, Muhammad had manumitted Zayd and had adopted him as his son.

Zaynab, supported by her brother Abdullah, at first refused the proposal on the grounds that, "I am the widow of a Quraysh." They presumably meant that Zaynab's social status was too high to allow her to marry an ex-slave. It has been asserted that these social differences were precisely the reason why Muhammad wanted to arrange the marriage:

It has also been suggested that he wanted to establish the legitimacy and right to equal treatment of the adopted. By contrast, Montgomery Watt points out that Zayd was high in Muhammad's esteem.

When Muhammad announced a new verse of the Qur'an:

Zaynab acquiesced and married Zayd. Muhammad personally paid the dower of 160 dirhams in cash, a cloak and veil, a coat of armour, 50 mudd of grain and 10 mudd of dates.

Circumstances of the divorce

The marriage lasted less than two years. According to Ibn Sa`d and al-Tabari

"Zayd bin Harithah, who lived in Muhammad's household and came to be regarded as his adoptive son-so that he was regularly addressed as Zayd, son of Muhammad. Whether the marriage between Zayd and Zaynab was a mesalliance from the beginning is speculation, though the account maintains that Zayd was not reluctant to divorce his wife and allow her to marry Muhammad. Muhammad is portrayed as reluctant to proceed with the marriage because of scruples about whether marrying one's adopted son's former wife violated the prohibited degrees of marriage. Arab customary practice recognized kinship relations not based on blood ties: fosterage (having nursed from the same woman) was one such relationship; the question whether adoption fell into this category must have been unclear among Muslims. The marriage did not take place until after a Qur'anic revelation was received, giving permission for believers to marry the divorced wives of their adopted sons.

However, this story has been vigorously rejected by most Muslim scholars mainly because of its lack of having any chain of narration and its complete absence from any authentic hadith. Some commentators have found it absurd that Muhammad would suddenly become aware of Zaynab's beauty one day after having known her all her life; if her beauty had been the reason for Muhammad to marry her, he would have married her himself in the first place rather than arranging her marriage to Zayd. He divorced her in December 626.

Preparation for the marriage

Muhammad expected criticism if he married Zaynab. Pre-Islamic custom disapproved of marriage between a man and his son's former wife. Arab society would have viewed this union as profoundly wrong; because they considered an adopted son was truly a "son", for a man to marry his adopted son's wife - even if she was divorced - was considered incestuous. Therefore, he "hid in his heart" the idea that he might marry her. This internal conflict is mentioned in the Qur'an 33:37:

Behold! Thou didst say to one who had received the grace of Allah and thy favour: "Retain thou (in wedlock) thy wife, and fear Allah." But thou didst hide in thy heart that which Allah was about to make manifest: thou didst fear the people, but it is more fitting that thou shouldst fear Allah. Then when Zaid had dissolved (his marriage) with her, with the necessary (formality), We joined her in marriage to thee: in order that (in future) there may be no difficulty to the Believers in (the matter of) marriage with the wives of their adopted sons, when the latter have dissolved with the necessary (formality) (their marriage) with them. And Allah's command must be fulfilled.

After this verse was announced, Muhammad proceeded to reject the existing Arabian norms. Thereafter the legal status of adoption was not recognised under Islam. Zayd reverted to being known by his original name of "Zayd ibn Harithah" instead of "Zayd ibn Muhammad".

Orientalists have pointed to this sura as an example of a self-serving revelation that reflected the Prophet's desires rather than the will of God. Some Muslim historians have understood the discrepancy between Muhammad's private thoughts and his expressed words to refer, not to a desire to marry Zaynab, but only to a prophetic foreknowledge that the marriage was going to happen.

Muhammad married Zaynab as soon as her waiting-period from her divorce was complete, on 27 March 627. He went into her house when she did not expect him and without knocking. She asked him: "Is it going to be like this, without any witnesses or trustee (wali) for our union?" Muhammad replied: "Allah is the witness and Gabriel is the trustee."

Muhammad gave Zaynab a dower of 400 dirhams. Later he held a wedding banquet for her and slaughtered a sheep. Anas ibn Malik said there were over seventy guests, and that none of Muhammad's other wives was given such a large banquet. The guests stayed late and continued to eat and drink at the lavish affair, and to monopolize the bride. Mohammed wanted to celebrate his wedding night with Zaynab behind the curtain that was his bedroom door. It was while trying to send these guests home from this wedding feast (without offending them more than they were already for his wedding to the divorced Zaynab), that Muhammad announced that women should be addressed by men (other than immediate family) only from behind a screen. This has been interpreted as an ayat by some but not all Muslims.

And when you ask [his wives] for something, ask them from behind a partition. That is purer for your hearts and their hearts.

Aisha believed that Muhammad's favourite wives, after herself, were Zaynab and Umm Salama. She said: "Zaynab was my equal in beauty and in the Prophet's love for her." Umm Salama said of Zaynab: "The Messenger of Allah liked her and he also used to become vexed with her."

Several traditions indicate conflict between Zaynab and her co-wives. She used to boast to them: "You were given in marriage by your families, while I was married (to the Prophet) by Allah from over seven Heavens." Aisha related that the wives were divided into two factions, one led by herself and the other by Umm Salama. Zaynab was allied to Umm Salama, together with Umm Habiba, Juwayriyya and Maymunah. In one quarrel, Zaynab shouted insults at Aisha while Muhammad was present. Aisha retaliated with "hot words until I made her quiet." Muhammad only commented that Aisha was "really the daughter of Abu Bakr." Another time Zaynab refused to lend her spare camel to Safiyya; Muhammad was so angry that he did not speak to Zaynab for over two months. On two occasions, when Muhammad divided a gift of food among all his wives, Zaynab was displeased with her portion and sent it back to him.

Yet it was Zaynab who defended Aisha when the latter was accused of adultery. Muhammad asked her if she knew anything about it, and Zaynab replied: "O Allah's Messenger! I refrain to claim hearing or seeing what I have not heard or seen. By Allah, I know nothing except goodness about Aisha." Aisha conceded: "I have never seen a woman more advanced in religious piety than Zaynab, more God-conscious, more truthful, more alive to the ties of blood, more generous and having more sense of self-sacrifice in practical life and having more charitable disposition and thus more close to God, the Exalted, than she was."

Zaynab had a reputation for being prayerful. She prayed so much by night that she hung a rope between two pillars in the mosque and held onto it when she became too tired to prostrate. When Muhammad discovered the rope, he removed it and told her that when she became tired, she should stop praying and sit down.

After Muhammad’s death, Zaynab never left Medina again. She was a widow for nine years, during which time she narrated eleven ahadith.

She continued to work at tanning and leather-crafts, and she gave away all her profits in charity. Even when Caliph Umar sent her the pension of 12,000 dirhams that he allowed to all of Muhammad's widows, Zaynab gave it all away to various poor families in Medina. At her death, her heirs did not find a single coin in her house.

Zaynab died during the caliphate of Umar in the summer of 641, being the first of Muhammad's widows to die after him. She was 53 (lunar) years old. 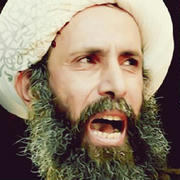 Early Qur'anic scholar, one of the companions of Muhammad

Great-grandfather of the Islamic prophet Muhammad 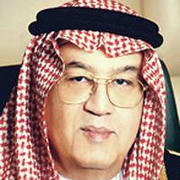