Zareh Vorpouni was born Zareh Euksuzian in Ordu, a city in Turkey on the southeastern shore of the Black Sea. He received his early education at the local Movsesian school. His father was killed during the 1915 Armenian genocide, but his mother managed to flee to Sevastopol, Crimea, with her four children, Zareh, Nourhan, Melanoush and Garabed. After a year the family moved to Constantinople, where Zareh attended (1919–22) the Berberian school, and in 1922 they moved to France. They lived in Marseille for two years, then in Paris (1924–30) and Strasbourg (1930-37). From his early days in France Zareh was an avid reader, acquainting himself with European intellectual trends and prominent works of French literature, particularly those of Marcel Proust.

Vorpuni belonged to the group of promising young Armenian intellectuals-among them Nigoghos Sarafian, Vazken Shushanian, Shahan Shahnur, and Hrach Zartarian: mostly orphans of the Armenian genocide-who emigrated to France in the early 1920s and produced literature that derived its themes from the social, cultural, moral, and psychological distresses of the emigres and their deep concerns about the eventual loss of their ethnic identity. In Paris he and Bedros Zaroyan jointly edited two short-lived periodicals, Nor Havadk (New Faith, 1924) and Lusapats (Daybreak, 1938–39). In 1939, at the beginning of World War II, he was called up for service in the French army. He was captured and held prisoner of war in Germany until the end of the war in 1945. Recollections of his prison days appear in a cycle of ten short stories called I Khorots Srdi (From the bottom of my heart).

His first novel, Portse (The Attempt, 1929) depicts the hard life of an Armenian immigrant family of four plucked out of their native land and transplanted to Marseilles, where they suffer the impact of a totally strange environment. Portse is the first volume of a quartet, intended by the author to be published under the collective title Haladzvadznere (The Persecuted). However, the succeeding three volumes - Tegnadzun (The candidate, 1967), Asfalte (Asphalt, 1972), and Sovoragan or me (An ordinary day, 1974) were not published until much later. In Tegnadzun the main character, Vahakn, embodies the tormented young generation that bore the psychological trauma of the Armenian genocide and remained its victims, leaving a moral legacy to the entire nation. In the other two volumes the author delves more deeply into the psychology of his characters, probing the sources of their anguish. However, almost all his characters, no matter how battered, are firmly determined to survive.

Of primary significance among Vorpuni's writing are his three volumes of short stories, Vartsu Senyag (Room for rent, 1946), Antsrevod orer (Rainy days, 1958), and Badmvadzkner (Stories, 1966). In these tales he bares the hidden emotions and mental anguish of his characters and deplores the disintegration of the Armenian identity as it gradually becomes a burden for the new generation. The subtle presence of the Armenian genocide is felt through these narratives.

In 1946 Vorpuni visited Soviet Armenia and recorded his impressions in Tebi Yergir, Husher Hayreniki n Hayreniken (Memories from the homeland, 1947). Another important work is the novel Yev yeghev mart (And there was man, 1965). The title was later reused for a collection of his works published in Yerevan in 1967 that includes Portse, Yev yeghev mard, and other short stories.

Zareh Vorpouni's first work to appear in English translation is The Candidate: A Novel, translated by Jennifer Manoukian and Ishkhan Jinbashian (Syracuse, NY: Syracuse University Press, 2016). In the translator's introduction, Manoukian writes, "From this footnote has emerged a translation that resists, much like in the spirit of the original. It resists the isolation and insularity of literature written in a minority language; it resists the idea that culture in diaspora is fossilized, stagnant, or in decline; and it resists the notion that Armenians have only their century-old plight to offer the world outside their national cocoon." Vorpouni was also featured in the April 2020 issue of Asymptote in which Manoukian explores his use of the "new novel." 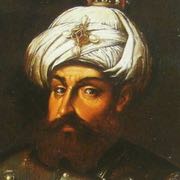 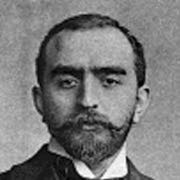