Zara Anne Elizabeth Tindall MBE (née Phillips; born 15 May 1981) is a British equestrian and the second child and only daughter of Anne, Princess Royal, and her first husband, Captain Mark Phillips. She is the second-eldest grandchild of Queen Elizabeth II and Prince Philip, Duke of Edinburgh. Tindall is married to former England rugby union player Mike Tindall.
Tindall won the Eventing World Championship in Aachen in 2006. The same year she was voted 2006 BBC Sports Personality of the Year by the British viewing public (an award her mother won in 1971). She was appointed Member of the Order of the British Empire (MBE) in the 2007 New Year Honours List for her services to equestrianism. In 2012, she carried an Olympic flame at Cheltenham Racecourse on her horse Toytown. As a member of the Great Britain Eventing Team, she won a Silver Medal at the London 2012 Olympics and was presented with her medal by her mother.
She is currently 16th in line to succeed her grandmother.

Zara Tindall was born on 15 May 1981 at St Mary's Hospital, Paddington in west London. She was baptised Zara Anne Elizabeth on 27 July 1981, and her first name was suggested by her uncle, the Prince of Wales. Her godparents are her maternal uncle, Prince Andrew; the Countess of Lichfield; Helen, Lady Stewart (wife of Sir Jackie Stewart); Andrew Parker Bowles; and Hugh Thomas. Phillips herself is godmother to Prince George of Cambridge. Tindall has an older brother, Peter Phillips (born 15 November 1977) and two half-sisters, Felicity Tonkins (born in 1985 to her father by his brief affair with Heather Tonkins) and Stephanie Phillips, born 2 October 1997 from her father's second marriage to Sandy Pflueger.

Tindall went to Beaudesert Park School in Stroud, Gloucestershire, and Port Regis School in Shaftesbury, Dorset, before following other members of the Royal Family in attending Gordonstoun School in Moray, Scotland. During her schooldays, Tindall excelled at many sporting activities, representing her schools in hockey, athletics and gymnastics. She was also successful academically, scoring 11 GCSEs from A* to C and a B and C in her A-levels. She later studied at University of Exeter and qualified as a physiotherapist.

On 21 December 2010, Buckingham Palace announced Zara's engagement to rugby union player Mike Tindall, who played for Premiership side Gloucester and the England national team. She lives with Mike Tindall at their home in Gloucestershire. The couple met during England's Rugby World Cup-winning campaign in Australia in 2003. As required by the Royal Marriages Act 1772, the Queen gave her consent to their marriage in a meeting of the Privy Council on 10 May 2011. Their wedding was held on 30 July 2011 at the Canongate Kirk in Edinburgh, Scotland. It was announced that she would continue to use her maiden name, which she did until March 2016.

On 8 July 2013, it was announced by Buckingham Palace that Zara and Mike were expecting their first child. With her husband present, Zara gave birth to a daughter, Mia (pronounced My-ya) Grace Tindall, on 17 January 2014 at Gloucestershire Royal Hospital. She is 17th in the line of succession. Mia was christened on 30 November 2014 at St Nicholas Church in the village of Cherington. On 30 November 2016, Zara Tindall's second pregnancy was announced; the baby was due in late spring 2017. On 24 December 2016, it was announced that the pregnancy had ended in miscarriage.

Following in both her parents' footsteps, Tindall is an accomplished equestrian. In June 2003, she announced that she had secured a sponsorship deal with Cantor Index, a leading company in spread betting, to help cover the costs of her equestrian career. She finished runner up at Burghley Horse Trials in 2003 in her first four-star event.

Riding her horse Toytown, Tindall collected individual and team gold medals at the 2005 European Eventing Championship in Blenheim, and individual gold and team silver medals at the 2006 FEI World Equestrian Games in Aachen, Germany, making her the reigning Eventing World Champion until 2010. Despite winning team gold at the 2007 European Eventing Championships in Italy, she failed to defend her individual title after a problem in the show-jumping phase of the competition.

The British Olympic Association announced that Zara would be riding Toytown for the British equestrian team at the Beijing Olympic Games 2008 in Hong Kong. However, an injury sustained by Toytown during training led to her being forced to withdraw from the team. Zara previously missed the 2004 Summer Olympics in Athens, when Toytown suffered a similar injury during training.

On 25 October 2008, Tindall fell from her horse, Tsunami II, at the 15th fence of a cross-country event at Pau, France, and broke her right collarbone. The horse broke its neck after it had tipped over the hedge and was put down.

On 11 June 2012, Zara was announced as being a part of the British Equestrian team at the 2012 London Olympic Games. She competed in the 2012 Olympics on High Kingdom, where she won silver in the team eventing. Her medal was presented by her mother, Princess Anne. Tindall finished second at Luhmühlen Horse Trials 2013, on her top horse High Kingdom. At the World Equestrian Games in 2014, Zara and High Kingdom were part of the British team that won team silver.

In March 2016, Zara ceased using her maiden name, Phillips, and competed for the first time as Zara Tindall when she unsuccessfully attempted to qualify for the 2016 Rio Olympic Games.

Tindall supports many charitable causes. She frequently attends various events for charity and has taken to supporting certain causes herself, mainly for spinal injuries, equestrian charities and children's causes. In 2005, she auctioned one of her evening gowns (worn at the London premiere of the film Seabiscuit) to raise money for tsunami relief. She also undertook a visit to New Zealand in her role as patron of The Catwalk Trust. From 1998 to 2005, she served as the president of Club 16–24, a group which encourages young people to take an interest in racing. She is linked to Inspire, the Salisbury-based medical research charity which helps to improve the quality of life of people with spinal cord injuries, and Sargent Cancer Care for Children, the UK's leading children's cancer charity. She is Patron and supporter of Lucy Air Ambulance for Children charity which is the UK’s first dedicated air transfer service to fly critically ill infants and children from local hospitals to the relevant centre of excellence.

Tindall appears at events for The Caudwell Charitable Trust, which is targeted at children with special needs, disabilities and serious illnesses. In 2006, she took part in a special charity day for Cantor Index, whose staff were killed in the 11 September 2001 attacks. In 2007, she became patron of the Mark Davies Injured Riders Fund. To help with Sport Relief 2008, she posed for her first official royal portrait by artist Jack Vettriano. In 2009, she attended a celebrity poker tournament in Monaco in aid of Darfur, Sudan. In September 2010, she attended the 2012 London Olympic Ball alongside cousin Prince Harry of Wales. In October of the same year she attended another celebrity poker tournament, this time in London, in aid of Cancer Research UK, of which she is Royal Patron. In 2011, she auctioned another evening gown, this time in aide of the Christchurch, New Zealand appeal, with the gown raising £22,000. In 2012 she attended various events marking her grandmother's Diamond Jubilee, although she missed the flotilla due to her commitments with the 2012 Olympics. In 2013, she visited the Stroud Maternity Ward, where she gave birth in 2014, to celebrate their 60th anniversary. In 2014, Tindall lent her support to the #bringbackourgirls campaign.

In 2009, it was announced that Zara would be designing her own range of equestrian clothing for Musto Outdoor Clothing. The range is named ZP176 after the team number she was given when she first represented her country. The range was officially launched in July 2010. 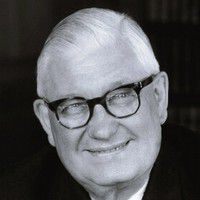