DR. ZAMBRY ABD KADIR was born on March 22, 1962 in Pulau Pangkor, a fisherman island in the state of Perak, Malaysia. He was appointed as the Chief Minister on Feb 6, 2009. He is the 11th Chief Minister for the state.

He is married to Datin Seri DiRaja Saripah Zulkifli and parents to three girls and two boys—Husna, Huda, Syifa, Munir and the youngest Mukhlis.

For his service to the state and the nation, Dr. Zambry received several awards including the DARJAH KEBESARAN SERI PADUKA SULTAN AZLAN SHAH PERAK YANG AMAT DIMULIA (S.P.S.A.) a special award that carries the title of "Dato' Seri DiRaja".

Other awards include GRAND COMMANDERS SERI PADUKA MAHKOTA PERAK (S.P.M.P.) an award conferred on those who have contributed excellent service to the State over a period of time and have held positions of great influence and responsibility, DARJAH GEMILANG SERI MELAKA (DGSM) award, from the state of Malacca, COMMANDERS DATO' PADUKA MAHKOTA PERAK ( D.P.M.P. ) and MEMBER OF THE CROWN OF SELANGOR (AMS) from the Selangor state.

In 2012, he received the TUAN PADUKA SUTTAN JAYANEGARA medal from the Governor of Lampung, a province in Indonesia. He became the first foreign dignitary to have received such prestigious award.

He holds a PhD in Political Thoughts with distinction from the Temple University Philadelphia, Pennsylvania, United States (1995), after completing his master's degree in Political Philosophy and Comparative Religion from the same university in 1993.

Field Of Expertise And Professional Experience

Dr. Zambry specializes in the field of academics – political economy, political thoughts, South East Asia Contemporary Politics, Malaysian Political and Islamic Political Thoughts. He is also an experienced administrator as he had personal experiences in managing a university, a think tank and a consultancy organization, besides running political offices.

Other experiences include; being the Assistant Professor for the Political Science Department (UIAM) up until Aug 2000, Executive Director of Center For Leadership & Development Studies (CELDES) 1996 - August 2000, Head of the Consultation Panel of the National Social Service for the Ministry Youth and Sports in 1997, Chairman of the Malaysian Muslim Students Association, United States (1994-1995), Intellectual Guest for a program organized by the Japanese Government (2002), Nurul Yakin Foundation Director (1996-1997), Founder and Director of UMNO Youth Academy (1998-2000) and Managing Director of INMIND Institute (2000-2004).

Dr. Zambry has recently been appointed as the Adjunct Professor at the Department of Political Science, Kulliyyah of Islamic Revealed Knowledge and Human Sciences, International Islamic University Malaysia (IIUM) effective from November 1, 2015 until October 31, 2017.

Dr. Zambry became actively involved in politics in 1995, soon after his return from the United States.

He started his political journey in UMNO as the Pangkor UMNO Branch Chief before being elected as Lumut UMNO Youth Division Chief. He later won a seat as the executive council member at the National UMNO Youth before being appointed as the State UMNO Youth Chief.

In 2004 General Election, he stood and won the Perak State Legislative Assembly seat for Pangkor and returned as incumbent in 2008 and 2013 General Election. He is holding the seat as a Pangkor State Assemblyman for the third term and second term as the Chief Minister of Perak.

Currently, Dr. Zambry is the head of Perak UMNO and Lumut UMNO division chief. He also had his share of political bitterness when he was detained under the Internal Security Act (ISA) in 1998.

Dr. Zambry was bestowed several awards and received numerous recognition for his works and contributions both locally and internationally. Among the highest is the (GIFA 2014) in Dubai, United Arab Emirates last year. The special award was presented to him as an exemplary leader in eradicating poverty in the state by setting up Yayasan Bina Upaya Darul Ridzuan (YBUDR).

To date, only three other world leaders received such an honour. They were the President of India Dr. Abdul Kalam (2006), former Slovakia President Dr. Micheal Kovac (2008) and former Czech Republic President (2009).

WAAC also awarded Dr. Zambry with honorary Doctorate of Literature for his contribution in literature.

In 2010, Dr. Zambry received an honorary Doctorate in Fisheries Science from the National University of Pukyong Korea for his aspiration and commitment to fishermen. As a son of a fisherman and being born and bred on an island, the award is also an acknowledgement for his contribution to the fishing industry and restructuring fishing community in his hometown.

Among other forms of recognition received were the WAMY Awards conferred during the first UIA Convocation (1987), National Award (First Place) in 1986 and National Award (Second Place) for Essay Writings (1982).

Being born on a small island close to the Malaysian Royal Navy based in Lumut, Dr. Zambry has a special rapport with the Malaysian Navy. As testament to the special camaraderie, the Malaysian of Armed Forces Council has conferred him with the Honorary First Admiral status in 2010.

Earlier, in 2005, he was bestowed the Royal Malaysian Navy Honorary Commander status by His Royal Highness Yang DiPertuan Agong. He is the first politician to have received such an honour.

On December 4, 2014, His Royal Highness Yang DiPertuan Agong XIV has bestowed the Pahlawan Angkatan Tentera (P.A.T.) which is the third highest honorary in the Malaysian Arm Forces, to Dr. Zambry.

The Executive Committee of Crane Summit 21st Century International Forum has once again, honoured Dr. Zambry with one of their most prestigious awards for the latter’s contribution to poetry, peace and co-operation between countries. The Honorary Gavel of the 35th World Congress of Poets Award was presented to him on November 6, 2015 held in Hualien, Taiwan, R.O.C., in honour of Dr. Zambry’s eminent leadership and noble contribution to the promotion of world peace through arts and culture.

In the same year, the Universal Peace Federation has recognized Dr. Zambry as the Ambassador for Peace, for his efforts and dedication to promote universal moral values, interreligious cooperation, international harmony, a responsible public media and the establishment of a culture of peace, transcending racial, national and religious barriers.

The Federation of Gulf Cooperation Council Chambers (FGCCC) and the American Leadership Development Association (ALDA) has named Perak, under the leadership of Dr. Zambry, as the Most Promising State for International Investment during the 6th Middle East Business Leaders Awards Presentation Ceremony held in November 2015 in Dubai. The award was presented in recognition of the state’s achievements in the commerce and investment sectors in the region.

0n Feb 16, 2016, Prof Abul Hasan M. Sadeq, Vice Chancellor of Asian University of Bangladesh has presented Dr. Zambry with a special award as recognition for his tireless efforts in eradication poverty in the state of Perak. The Award of Meritorius Distinction for Leadership in Eradicating Poverty was presented for his leadership in carrying out numerous initiatives under the Yayasan Bina Upaya (YBU), a state agency inspired by Dr Zambry.

As an academician, Dr. Zambry is an avid writer, since his student days. He writes essays, poetries and numerous editorials in both local and international media.

He has written hundreds of essays for local media and publications namely Utusan Malaysia, Berita Harian, Dewan Masyarakat, Dewan Budaya, Dakwah, Risalah, Al-Islam, Mastika, and PEMIKIR, besides books and journals. He is known to be the source for comment regarding local, regional and global issues.

Among the books he wrote were UMNO dan Jiwa Merdeka (CELDES KL 1998), Pemuda UMNO Menebus Maruah, Menuju Arah (May, 2000) and Islam Malaysia & Amerika. His poems were compiled in an anthology in a book entitled Suara Pelaut (The Voice of a Seaman).

He has also produced numerous academic papers in magazines and journals. Among them were Politics In Malaysia, A Changing Scenario (2000), Belia dan Cabaran Politik Pascakolonial (1999) and he is also a contributor to Encyclopedia of Malaysiana (1998).

He was also the Editorial Chief for Imbas Gemilang KBS 1998, a publication for the Ministry of Youth and Sports.

Despite his heavy schedule, Dr. Zambry still finds time to indulge in reading his favourite books. Among his latest pick were Too Many Bosses Too Few Leaders by Rajeev Peshawaria, Focus: The Hidden Driver of Excellence by Daniel Goleman, Political Philosophy: A Historical Introduction by Michael J. White, The Price of Inequality and Creating A Learning Society by Joseph E. Stiglitz.

A member of the Perak state legislative assembly, Zambry a key player in the 2009 Perak constitutional crisis as the intended BN Menteri Besar. After three state assemblypersons from the Pakatan Rakyat coalition announced their intention to support a BN candidate for Menteri Besar, and to lend their support to a vote of no confidence in the incumbent Pakatan Rakyat Menteri Besar Mohammad Nizar Jamaluddin, Sultan Azlan Shah of Perak requested Nizar's resignation and swore in Zambry as the new Menteri Besar on 6 February 2009. Zambry acted as Menteri Besar for about three months. However, Nizar maintained that the Sultan was not permitted by the state constitution to dismiss him as the Menteri Besar, and on 11 May 2009, the Kuala Lumpur High Court ruled that Nizar had always been the rightful Menteri Besar of Perak. To maintain administrative continuity, Nizar tentatively endorsed most of Zambry's policies, subject to later review, but reinstated the 817 village development and security committees and 318 local government councillors whom Zambry had sacked. However, the following day, the Court of Appeal granted a stay of the High Court judgment, and Zambry returned to work.

On May, 22nd Court of Appeal in a unanimous decision, declared Datuk Seri Dr Zambry Abdul Kadir as the rightful menteri besar of Perak. The court held that the order made by the High Court on 11 May, in declaring Datuk Seri Mohammad Nizar Jamaluddin as the legitimate menteri besar, was wrong and set aside that decision. Justice Md Raus, in his oral judgement, also held that the Sultan of Perak, Sultan Azlan Shah, was right in appointing Zambry as the new menteri besar, under Article 16(2) of the Perak Constitution, after being satisfied that Zambry had the command of the majority of the state legislative assembly.

Field Of Expertise And Professional Experience 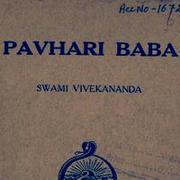 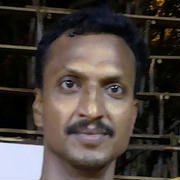