Zakir Hussain (Hindi: ज़ाकिर हुसैन, Urdu: ذاکِر حسین‎; born 9 March 1951) is an Indian tabla player, musical producer, film actor and composer.
He was awarded the Padma Shri in 1988, and the Padma Bhushan in 2002, by the Government of India. He was also awarded the Sangeet Natak Akademi Award in 1990, given by the Sangeet Natak Akademi, India's National Academy of Music, Dance & Drama. In 1999, he was awarded the United States National Endowment for the Arts's National Heritage Fellowship, the highest award given to traditional artists and musicians.

Hussain was a child prodigy. His father taught him Pakhawaj from the age of 3 years. He was touring by the age of eleven. He went to the United States in 1969 to do his PhD at the University of Washington, receiving a doctorate in music. After that he began his international career, including more than 150 concert dates a year.

The first Planet Drum album, released in 1991 on the Rykodisc label, went on to earn the 1992 Grammy Award for Best World Music Album, the first Grammy ever awarded in this category. The Global Drum Project album and tour brought Mickey Hart, Zakir Hussain, Sikiru Adepoju, and Giovanni Hidalgo together again in a reunion sparked by the 15th anniversary of the ground-breaking album Planet Drum. The album Global Drum Project won the Grammy Award for Best Contemporary World Music Album at the 51st Grammy Awards Ceremony held on 8 February 2009.)

He starred in several films specifically showcasing his musical performance both solo and with different bands, including the 1998 documentary "Zakir and His Friends", and the documentary "The Speaking Hand: Zakir Hussain and the Art of the Indian Drum" (2003 Sumantra Ghosal). Hussain co-starred as Inder Lal in the Merchant Ivory Film Heat and Dust in 1983, for which he was an associate music director.)

In 2016, Zakir Hussain was amongst many legendary Jazz, World and Fusion musicians invited by President Obama to the International Jazz Day 2016 All-Star Global Concert at the White House.

Zakir Hussain married Antonia Minnecola, a Kathak dancer and teacher, who is also his manager. They have two daughters, Anisa Qureshi and Isabella Qureshi. Anisa graduated from UCLA and is trying her hand in video production and film making. Isabella is studying dance in Manhattan.

He was named an Old Dominion Fellow by the Humanities Council at Princeton University, where he resided for the 2005–2006 semester as full professor in the music department. He was also a visiting professor at Stanford University. He now resides in San Francisco. 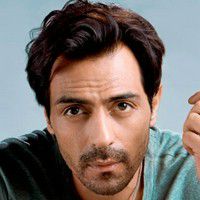 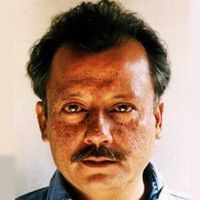