Jang Gil-ja (Hangul: 장길자; Hanja: 長吉子; born 29 October 1943), also spelled Chang Gil-jah and Zahng Gil-jah, is a South Korean woman believed to be God the Mother by the Seongnam-based World Mission Society Church of God. She is also the chairwoman of the We Love U Foundation (국제위러브유 운동) and the New Life Welfare Foundation (새생명복지회). The members of the World Mission Society Church of God call her "Jerusalem Mother" or "Heavenly Mother" and believe that she is God the Mother because the church believes that she has fulfilled all the prophecies of the Bible. Zhang is the mother of two children and has been married twice, (Korean “어머니 하나님” Eomeoni Hananim). Jang's followers preach in over 175 countries in the world testifying that she is "God the Mother" (Chinese 母亲上帝 Muqin Shangdi). 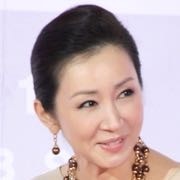