Zahira Barneto is a Spanish film production designer best known for her installations for the prestigious events company Macguffin with clients such as Real Madrid, BBVA, Banesto, Airbus, McDonald's or Renault. She co-directed and wrote the feature film Highway Grooves with Ana Devora. Her fine art paintings are shown at Pickthorn in Brooklyn. 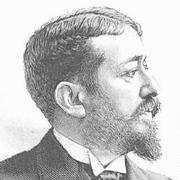 Governor-General of the Philippines