Zach Woods (born September 25, 1984) is an American actor and comedian. He is best known for his portrayal of Gabe Lewis on the NBC sitcom The Office and Donald "Jared" Dunn in the HBO sitcom Silicon Valley.

Woods was born in Trenton, New Jersey. His father is a trained psychiatrist and social worker, who specializes in clinical therapy, and his mother is a nurse practitioner. Woods is a middle child: he has an older brother and a younger sister. His parents are both Jewish, but his maternal grandfather was Lutheran. Woods grew up in Yardley, Pennsylvania and graduated from Pennsbury High School in 2003. He is a graduate of New York University.

He started performing improv at the Upright Citizens Brigade Theatre at age 16 and was a part of the improvisational sketch troupe "The Stepfathers", whose members also include Bobby Moynihan and Chris Gethard. He has taught improv at Columbia University, Duke University and Lincoln Center. He has appeared in such films as In The Loop, The Other Guys and appeared in the CollegeHumor skit "Adam and Eve in the Friends Zone".

Woods is also known for starring as Awkward Boy, the protagonist in the YouTube video series The Most Awkward Boy in the World. In 2010, Woods appeared as a zombie in a Starburst candy commercial.

Starting in 2010, he portrayed Gabe Lewis on the NBC sitcom The Office. He was promoted to series regular beginning in Season 7.

Since 2014, Woods has appeared as regular character, Jared on HBO's Silicon Valley. He also appeared on HBO's Veep as Ed Webster.

Woods had a role in the action comedy Spy (2015), alongside Melissa McCarthy, Jason Statham, Rose Byrne, Jude Law, Allison Janney, and 50 Cent. He appeared in Feig's follow-up movie Ghostbusters in 2016 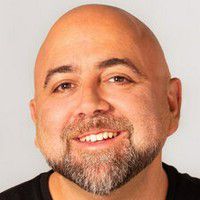 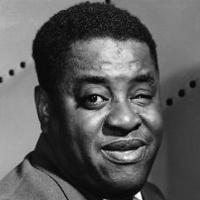