Zabdas was the name of the general who led the forces of Queen Zenobia during her rule of the Palmyrene Empire. He chose not to face the emperor Aurelian in Asia Minor, due to the mountainous nature of that province and its consequent negative effects on cavalry tactics, and awaited Aurelian in Syria. He proved unable to defend Antioch, resulting in his defeat at the Battle of Immae. Retreating, he made a stand at Emesa, but was again defeated. 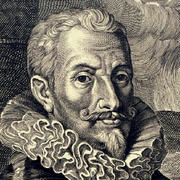 Fictional person from Romance of the Three Kingdoms