After first earning a law degree and briefly practicing law, Birnbaum obtained his PhD in 1929 at the University of Lwów under the supervision of Hugo Steinhaus, and was associated with the Lwów School of Mathematics. He visited Göttingen, Germany from 1929 to 1931.

After studying insurance mathematics and earning a Versicherungsmathematik Diplom with Felix Bernstein in Göttingen, he worked as an actuary in Vienna during 1931–1932, and was then transferred to Lwów where he continued working as an actuary. After obtaining a position as a correspondent for a Polish newspaper, he arrived in New York as a reporter in 1937. He became a Professor of Mathematics at the University of Washington in 1939 (with help from Harold Hotelling and letters of reference from Richard Courant, Albert Einstein, and Edmund Landau).

Birnbaum was actively involved in reliability work with Boeing through the Boeing Scientific Research Laboratories during the late 1950s and 1960s, and was a key member of the "Seattle school of reliability", a group which also included Tom Bray, Gordon Crawford, James Esary, George Marsaglia, Al Marshall, Frank Proschan, Ron Pyke, and Sam Saunders. 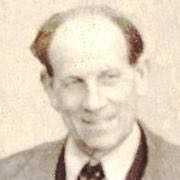