Yvonne Atwell (born 1943 in East Preston, Nova Scotia) is a Canadian hospital administrator and provincial politician. She is the first black woman elected as a MLA in Nova Scotia.

Atwell worked for 20 years as an administrator at Mount Sinai Hospital in Toronto, Ontario, becoming head of Patient Services. She returned to Nova Scotia in 1984.

She has been the president of the Black United Front and the African Canadian Caucus, a chair of the Indigenous Black and Mi'kmaq Program at Dalhousie University, a member of the Metropolitan Board of Trade's small business committee, and a member of the George Washington Carver Credit Union executive board.

In 1996 she ran unsuccessfully for the leadership of the Nova Scotia New Democratic Party. She won a seat in the Nova Scotia House of Assembly in 1998 for the riding of Preston, becoming the first black woman MLA in the province. She lost her seat in the 1999 provincial election.

She is currently the director of the African-Canadian Employment Clinic in Halifax. She is also currently the Vice President of the Nova Scotia New Democratic Party. 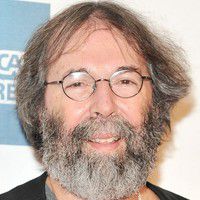