Yuzvendra chahal (born 23 July 1990 in Jind, Haryana) is a cricketer who plays for Haryana in Indian domestic cricket. He is a leg break bowler.
Chahal is the only player to represent India in chess and cricket. His name is listed in World Chess Federation’s official site. Chahal is one of only two players in T20 Cricket history to have taken a 6 wicket haul. Ajantha Mendis of Sri Lanka is the other bowler to have achieved the feat, not once but twice.
He also plays for Royal Challengers Bangalore in the Indian Premier League. He was selected in the squad for the three match T20I series against England in 2017. He was the part of Indian Under 16 chess team.

Chahal was first signed up by Mumbai Indians in 2011. He appeared in only one IPL game for the team across three seasons, but played in all matches in the 2011 Champions League Twenty20. He took 2 for 9 in 3 overs in the Final against Royal Challengers Bangalore, helping Mumbai defend the total of 139 and lift the title. At the 2014 IPL players auction, he was bought by the Royal Challengers for his base price of ₹10 lakh. He got the Man of the Match award against Delhi Daredevils in IPL-2014.

He was named in the 15-man squad to tour Zimbabwe in 2016. He made his One Day International (ODI) debut against Zimbabwe at Harare Sports Club on 11 June 2016.

In the second match, Chahal took three wickets for just 25 runs, lead his side to the victory by 8 wickets. In second over by him, he delivered a seam-up delivery at 109 km/h speed. His bowling performance earned him first international man of the match award as well.

He made his Twenty20 International (T20I) debut against Zimbabwe at Harare on 18 June 2016.

On 1 February 2017, he became the first bowler for India to take a five wicket haul in T20Is, ending with figures of 6/25 against England.

He is the only player to represent India in both chess and cricket. His name is listed in World Chess Federation's official site.

Player of the Series Awards

Chief of the National Indian Brotherhood 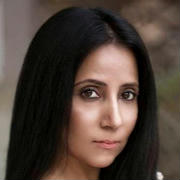 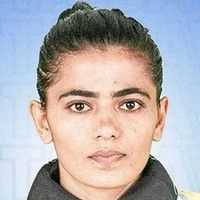