Yusuf Mainge (born 26 December 1999) is a Kenyan football defender, who currently plays for Pohronie in the Fortuna Liga.

Prior to his league debut, Mainge appeared in a Slovnaft Cup fixture against 5th league side ŠK Selce. He came on as a second half replacement for Michal Klec during the 9:0 victory.

Mainge made his professional Fortuna Liga debut for Pohronie against Žilina on 21 September 2019. Žilina were leading the league table, at that point. Mainge was booked with a yellow card in the first half and had played for 80 minutes before being replaced by András Mészáros, in an effort to score an equalising goal. After goals against by Filip Kaša and Slovak international Róbert Boženík, Pohronie lost the game 1:2. He was also featured in the following league games against Senica and Zemplín Michalovce and a Cup fixture against Rakytovce.

Mainge played in four 2019 Cup of Nations qualifiers against Mauritius U23 and Sudan U23.

In October 2019, Mainge made his debut for Kenya during a friendly match against Mozambique. The match concluded in a 0:1 defeat.

Per his social media communication, Mainge adheres to Islam. 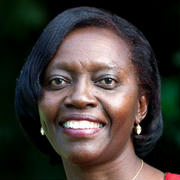