Yulia Biriukova (1897-1972) was a Russian born Canadian painter known for her portraits. She was the sister of the architect Alexandra Biriukova.

Biriukova was born in 1897 in Russia. She and her sister Alexandra fled Russia, refugees of the Revolution. Her family first went to Hong Kong in 1920, then Rome in 1922, settling in Canada in 1929.

Yulia arrived in Toronto having already established a reputation as a "European artist" and was soon receiving commissions for portraits. When the sisters arrived in Toronto they were befriended by members of the Canadian artists the Group of Seven. Biriukova created portraits of two member of the Group of Seven; A. Y. Jackson (1882–1974), and J. E. H. MacDonald (1873–1932).

Biriukova died in 1972 in Toronto.

The contents of this page are sourced from Wikipedia article on 20 Feb 2020. The contents are available under the CC BY-SA 4.0 license.
View Yulia Biriukova 's image gallery
Image Gallery 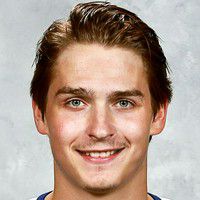