Yukihiro Matsumoto (まつもとゆきひろ, Matsumoto Yukihiro, a.k.a. Matz, born 14 April 1965) is a Japanese computer scientist and software programmer best known as the chief designer of the Ruby programming language and its reference implementation, Matz's Ruby Interpreter (MRI). His demeanor has brought about a motto in the Ruby community: "Matz is nice and so we are nice," commonly abbreviated as MINASWAN.

As of 2011, Matsumoto is the Chief Architect of Ruby at Heroku, an online cloud platform-as-a-service in San Francisco. He is a fellow of Rakuten Institute of Technology, a research and development organisation in Rakuten Inc. He was appointed to the role of technical advisor for VASILY, Inc. starting in June 2014.

Born in Osaka Prefecture, Japan, he was raised in Tottori Prefecture from the age of four. According to an interview conducted by Japan Inc., he was a self-taught programmer until the end of high school. He graduated with an information science degree from University of Tsukuba, where he was a member of Ikuo Nakata's research lab on programming languages and compilers.

He works for the Japanese open source company, netlab.jp. Matsumoto is known as one of the open source evangelists in Japan. He has released several open source products, including cmail, the Emacs-based mail user agent, written entirely in Emacs Lisp. Ruby is his first piece of software that has become known outside Japan.

Matsumoto released the first version of the Ruby programming language on 21 December 1995. He still leads the development of the language's reference implementation, MRI (for Matz's Ruby Interpreter).

In April 2012, Matsumoto open-sourced his work on a new implementation of Ruby called mruby. It is a minimal implementation based on his virtual machine, called ritevm, and is designed to allow software developers to embed Ruby in other programs while keeping memory footprint small and performance optimised.

In December 2014, Matsumoto open-sourced his work on a new scripting language called streem, a concurrent language based on a programming model similar to shell, with influences from Ruby, Erlang and other functional programming languages.

Matsumoto has been listed as an investor for Treasure Data; many of the company's programs such as Fluentd use Ruby as their primary language.

Matsumoto is married and has four children. He is a member of The Church of Jesus Christ of Latter-day Saints, did standard service as a missionary and is now a counselor in the bishopric in his church ward.

The contents of this page are sourced from Wikipedia article on 03 Feb 2020. The contents are available under the CC BY-SA 4.0 license.
View Yukihiro Matsumoto 's image gallery
Image Gallery 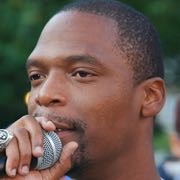 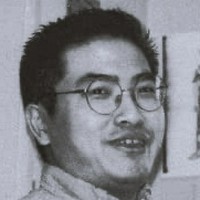