Tsunoda was born in Kanagawa, and started his professional karting career in 2010 joining the JAF Junior Karting Championship, moving to the regional class in 2013 and to the national class in 2014.

In 2016, Tsunoda made his single-seater debut in the F4 Japanese Championship with the Sutekina Racing Team for a one of race in Suzuka. He claimed his first podium with 2nd in his first race, finishing 4th in his second race.

Tsunoda had been scheduled to join Motopark in the inaugural season of the Formula European Masters Championship, but joined fellow Red Bull Junior Liam Lawson in following the team to the Euroformula Open Championship following the cancellation of Formula European Masters. After a second place finish in the first race at Paul Ricard and achieving third place in the Pau Grand Prix, Tsunoda claimed his maiden championship win in the second race at Hockenheim.

At the end of 2018, Tsunoda was announced to join Jenzer Motorsport in the newly announced FIA Formula 3 Championship.

Driver did not finish the race, but was classified as he completed over 90% of the race distance. 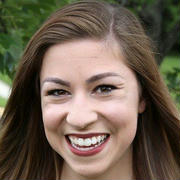