Yukhym Leonidovych Zvyahilsky (Ukrainian: Юхим Леонідович Звягільський, Russian: Efim Zvyagilsky) (born 20 February 1933 in Donetsk) is a Ukrainian politician. He is the only member of Verkhovna Rada who was elected to parliament in the last eight elections.

Zvyahilsky was born in the family of a serviceman on 20 February 1933. In 1956 he graduated from the Donetsk Industrial Institute as a mining engineer. After graduating Zvyahilsky worked at the mine #13 of the Soviet trust company "Kuibyshevugol" (Kuibyshev Coal) as a chief assistant, later as a chief of a coal precinct, chief engineer, director. In 1972 he wrote a thesis "Observation of regional technological schemes of mining fields in the development of thin inclined layers (in reference to the Donetsk-Makiivka region of Donetsk basin)" (Moscow Mining Institute) earning him academical title of a candidate of sciences. Later Zvyahilsky defended his doctorate on the subject "Geomechanical foundations of landslides of the earth surface above mines, which can be eliminated" (Institute of geotechnical mechanics of the National Academy of Sciences of Ukraine). Coincidentally, in early 1990s Ukraine suffered from the miners' strikes that led to the early presidential elections in 1994.

From 1970 to 1979 Zvyahilsky worked at the Kuibyshev Mine Corporation of the Industrial Union "Donetskugol" (Donetsk Coal). In 1975 he was appointed a director of the company. From 1979 through 1992 Zvyahilsky was a director of Zasyadko coal mine of the Industrial Union "Donetskugol". The mine, which is known for its chronic accidents, became particularly famous in 2007 for the most deadly disaster in the mining history of Ukraine.

In March 1990 as the member of the Communist Party of Soviet Union, Zvyahilsky was elected to the Parliament of Ukraine from the 112th electoral district. In November 1992 he was appointed the chairman of the city council and executive committee. In June 1993 Zvyahilsky was appointed to the Kuchma's Cabinet as the First Vice-Prime Minister. In March 1994 now as an independent Zvyahilsky was elected to the parliament from the 110th electoral district. In 1994 Zviahilskyi, being perceived affiliated with Leonid Kravchuk, was accused of having stolen some $20 million by Ukrainian President Kuchma during his term as acting Prime Minister and he fled to Israel in fear for his life. After some time Zviahilskyi returned to Ukraine in March 1997 and as a current member of Verkhovna Rada missed most of the sessions of the parliament.

In the 2014 parliamentary election Zvyahilsky was re-elected into parliament again as an independent candidate in single-member districts number 45 situated in the Kiev Raion of Donetsk; this time with 72.73% of the votes. In his constituency only a handful of polling stations were open due to the War in Donbass; this led to Zvyahilsky winning a seat with only 1,450 votes. In parliament he joined the faction of Opposition Bloc. 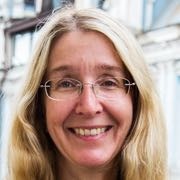