Yūichi Sugita (杉田 祐一, Sugita Yūichi, born 18 September 1988) is a Japanese tennis player who plays primarily on the ATP Challenger Tour. He has won six challenger singles titles, and achieved a career-high singles ranking of world No. 82 on 29 August 2016.

As a junior Sugita compiled a win/loss record of 34–19 (and 26–18 in doubles), reaching as high as No. 73 in the combined world rankings in February 2006. He competed in singles and doubles at the Australian Open in both 2005 and 2006, reaching the singles second round of the latter.

Sugita had won eight ITF Futures titles in Japan and Indonesia. From 2009, he started to play mainly in ATP Challenger Tour. Sugita was received wildcard for the 2008 Japan Open to make his first ATP main draw. He finished 2009 as ranked world no.299.

After reaching semifinal in Bernie Challenger, Sugita claimed his first challenger title in Kyoto. He defeated Australian Matthew Ebden in final, and he break him into world top 200 for the first time as ranked no.186. Sugita advanced to final round of qualifying in the 2010 US Open, losing to Lukáš Rosol in two sets. In November, Sugita won back-to-back Futures titles in Thailand, and reached final in the Toyota Challenger, but lost to fellow Japanese Tatsuma Ito in straight sets.

Sugita started the season by playing the Chennai Open as qualifier, and recorded his first ATP main draw win against Dustin Brown in three sets. He lost to eighth seed Robin Haase in the second round. He represented Japan at 2011 Davis Cup World Group Play-offs against India, winning over Somdev Devvarman in the singles rubber, and Japan promoted to 2012 Davis Cup World Group.

Yūichi started his 2012 campaign by making it to the quarterfinals of the Chennai Open before falling to Nicolás Almagro in three close sets, knocking out eighth seed Oliver Rochus and Lu Yen-hsun on the way. After competing in ATP World Tour events in Asian swing, Sugita became the runners-up of the Bangkok Challenger and Seoul Challenger. He achieved his career-high ranking of world no.116 in November.

In Grand Slam qualifying, Sugita had reached the third round twice in 2012 at Australian Open and Wimbledon, but he lost in both matches.

Sugita won through the opening round in the Hall of Fame Tennis Championships, against Canadian Jesse Levine in straight sets. The Next round, he was defeated by third seed Igor Sijsling. In Asian Challenger events, Sugita won the Shanghai Challenger, winning over his countryman Hiroki Moriya, and reached the final in Toyota.

Yūichi qualified for 2014 Wimbledon Championships by defeating Marco Chiudinelli of Switzerland, 6-4, 6-2, 7-5. It marked the first time he qualified for a Grand Slam after 17 failed qualifying campaigns dating back to 2009. He had previously reached the final round of qualifying at Slams four times, and he dropped decisive sets in three of those matches. He lost to 19th seed Feliciano López in the first round with three tiebrekers.

In later season, Sugita earned men's singles bronze medal in the 2014 Asian Games at Incheon, where he beat Temur Ismailov of Uzbekistan in the quarterfinal. He also earned bronze medals of men's team and mixed doubles. Afterwards, He won his third challenger title in Pune by beating Adrián Menéndez-Maceiras in the final.

Sugita won through the qualifying at the 2015 Wimbledon Championships for the second consecutive year in this tournament, losing to Blaž Kavčič in the first round. After this event, he reached the second rounds in Newport and Bogota, defeating Ryan Harrison and Nicolás Barrientos. At Thai's challenger circuit, he won his fourth challenger title in Bangkok, and fifth in Hua Hin.

Sugita qualified for the 2016 Australian Open main draw for the first time, but he lost to 23rd seed Gaël Monfils in the first rounds. In February, he claimed his second Kyoto challenger title by beating Zhang Ze in the final. This result launched him into the world top 100 for the first time in his career, climbing No. 99.

In June, he reached the second round of the Halle Open after beating Taylor Fritz in three sets. He then lost to last year's runner-up Andreas Seppi in straight sets. 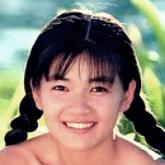